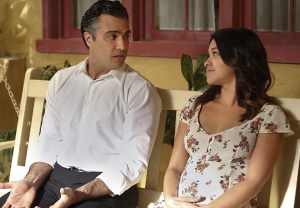 Three hour-long “dramas” may have the last laugh after all.

Though among the Primetime Emmy Awards’ rule changes for 2015 was the definition of a drama as a program “with an average length of approximately 60 minutes,” the appeals process that came with that shift thus far has allowed for three exceptions: The CW’s Jane the Virgin, Fox’s Glee and Showtime’s Shameless will be able to compete as comedies.

The Academy’s decision reads in part:

The nine-member panel, which includes five industry leaders appointed by the Academy Chairman and four appointees by the Board of Governors, has determined that the following three series are eligible to enter the competition in the comedy series category: Shameless, Jane the Virgin, and Glee. A two-thirds vote of the industry panel was required to reach each decision. … Each of these three series will compete in the comedy category for all other awards, including performer, writer, director, etc.

Glee was a formidable Emmy contender — as a comedy — in its earlier seasons, grabbing gold for Jane Lynch and guest stars Neil Patrick Harris and Gwyneth Paltrow, and as recently as last year earned nods for Lynch and guest star Dot Marie Jones. Shameless to date has amassed back-to-back-to-back-to-back nominations for guest actress Joan Cusack, while “patriarch” William H. Macy was a contender in the Lead Actor race year — after the dysfunctional family series switched to the comedy category.