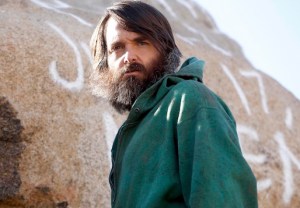 Phil Miller is The Last Man on Earth… or is he?

Might there be others like Carol and Phil? And what was up with that cryptic sorta-cameo? We have a lot of questions, and though the SNL vet wasn’t willing to divulge too much when TVLine caught up with him at a screening of the premiere, here’s what we could get him to answer. 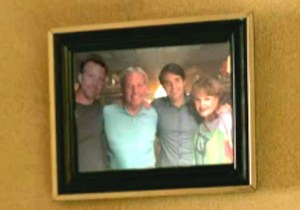 THE BLINK-AND-YOU-MISS-IT APPEARANCE | In Sunday’s premiere, Forte’s SNL buddy Jason Sudeikis showed up in a photo from one of Phil’s pre-outbreak birthday celebrations. Sudeikis was conveniently missing in action, though, when the show returned to the scene as part of a full-fledged flashback sequence. “Sudeikis is a part of this show,” Forte promised. “In what way, I won’t tell you, but he came in a couple of weeks ago and did some stuff. It might be a one-second flashback or it might be an arc.”

POPULATION EXPLOSION? | Are Phil and Carol really the only survivors of the virus that plagued civilization in 2019? Since first being picked up by Fox, the show has cast Mary Steenburgen (Justified), January Jones (Mad Men), Mel Rodriguez (Getting On) and Cleopatra Coleman (Neighbours) in unspecified guest roles; it’s unclear if they’ll appear in Phil’s past, present or future. “The story takes a lot of twists and turns,” Forte teased. “We do a lot of dreams and flashbacks.”

ODD LAST MAN OUT | Forte said he originally didn’t foresee his 13-episode series going to a major broadcast network. In fact, he “absolutely thought this was a cable show,” and was shocked that Fox didn’t insist on creative changes. Should it get renewed, he vowed that the show’s innovative premise would not become burdened by an extended episode count. “If we’re ever lucky enough to get picked up for a second season, we’ll have it capped off at 13,” he said.

What questions were you left with following the Last Man premiere? Let us hear it in the comments!