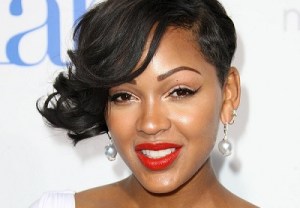 Meagan Good is getting a sneak peek of the future.

The Deception alumna will star in Fox’s drama pilot Minority Report, which is set 10 years after the events of Tom Cruise’s 2002 film, our sister site Deadline reports.

The project follows one of the three Precogs — humans with precognitive abilities — who could see crimes before they were committed as he attempts to lead a “normal” human life while still experiencing visions of the future. He meets Good’s Lara Vega, a detective troubled by her past who might help him find a purpose to his ability.