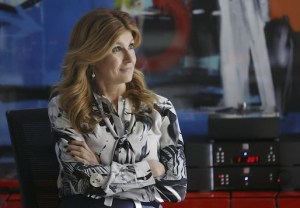 In the same way that cockroaches will probably scurry over the Earth long after humanity has winked out of existence, Jeff Fordham spends much of this week’s Nashville not only surviving — but thriving — in the wake of Edgehill Records’ implosion.

In fact, the label’s dissolution, following Rayna’s boardroom visit last week, gives a bunch of our Music City regulars cause for pause. Luke? Will? Layla? None of ’em had much of my attention in the past, because Deyna, but where they land by the end of the hour sets up some very interesting possibilities for the rest of the season.

And I can’t believe I’m writing this, but I’m even interested in finding out where Smirky Turtle Fordham is going to set up his shell, given what happens in the episode’s final minutes.

Elsewhere: Deacon is still dying, Sadie is free-ish and Juliette pulls a semi-Demi Moore. Read on for what happens in “Somebody Pick Up My Pieces.”

NEW NASHVILLE ORDER | The news spreads through Nashville quickly: After Jeff’s dismissal, Edgehill’s parent company has chosen to close shop rather than find a replacement. That means both the label’s masters and its artists are up for grabs. Commence scrabbling, industry types!

Despite starting the episode in his boxers on Layla’s couch (heh), Jeff makes a very shrewd move early on. He advises that Luke buy his album-in-progress from Edgehill, release it on his own label and scoop up other now-homeless artists like Will Lexington. Of course, Jeff would be president of this new endeavor. And just like that, Wheelin’ Dealin’ Records is born.

Despite being courted by several labels, Will eventually signs with Luke because of some convoluted reason that Jeff knows he’s gay and “has his back” — oh, is that what we’re calling threatening now? — and Deacon advises him to lean towards the devil he knows. DEACON IS ALWAYS HOT, BUT HE ISN’T ALWAYS RIGHT, WILL. When Will makes some reference to the “big guns” courting him, Mr. Wheeler shoots back, “Son, you are looking at the biggest gun in the business.” Oh Luke, you’re the biggest something in the business… 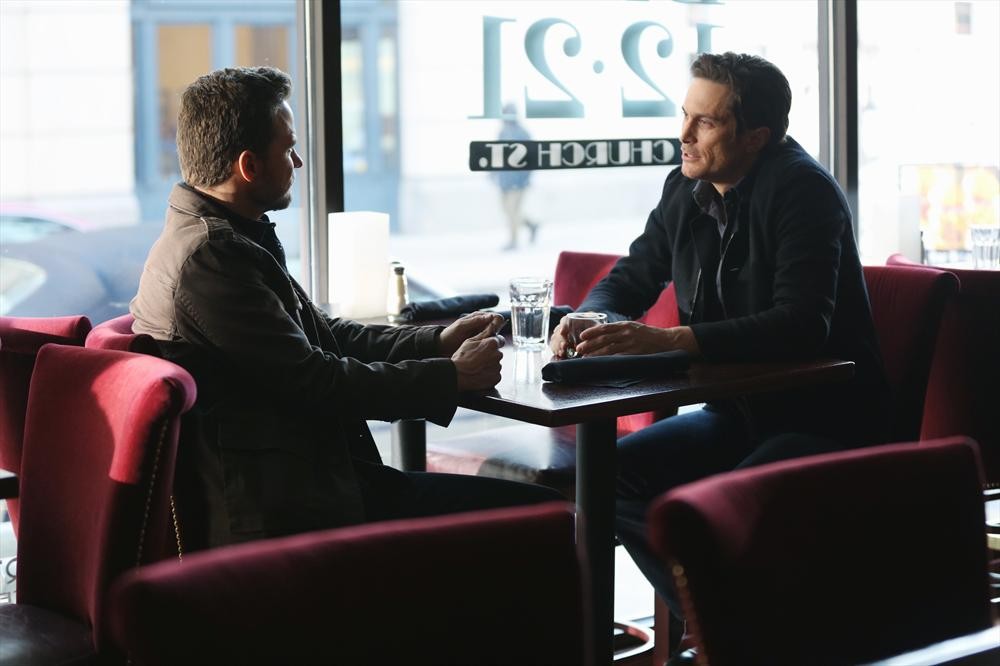 Here’s the thing, though: Just as quickly as Luke has partnered with Jeff, he drops him, because “no one wants to work with the guy who brought down Edgehill.” So Jeff’s back to where he started and Will’s without his sorta?-ally. Don’t worry, honey, I’m sure Luke will be very understanding when it inevitably comes out that you like dudes. (Side note: When, again, is that going to happen? I feel like Will has been in the closet longer than my a-size-too-small-but-hey-it’s-on-sale-and-I’ll-definitely-fit-into-it-one-day-totally-cute cocktail dress.)

LAYLA IS BEGGIN’, ‘RAYNA, PLEASE!’ | Speaking of persona non grata, Luke’s got no interest in Layla as a potential artist — despite Jeff talking her up early in the episode — so she waits a very long time in the Highway 65 foyer to give her demo to Rayna. And even though Rayna makes Bucky H65’s new A&R guy (then instantly overrides all of his picks for new artists), she assures him that Layla Grant is the kind of singer-songwriter who’ll help H65 thrive. (Side note: I love how both here, and earlier when Avery is talking with Sadie, Juliette is held up as the gold standard in head cases.)

Oh, and did I mention that Layla has a plan to make Jeff her manager? And that Jeff is kind of blackmailing Teddy, who gets himself into even more trouble by visiting Natasha Ol’ Leopard Panties, whose house is under some kind of (probably federal) surveillance? Because that’s all happening.

GOOD RIDDANCE TO A BAD EGG | When she’s not meeting with new artists, Rayna is helping Sadie out of her Pete situation. Sadie comes clean about her abusive ex, then Rayna has her meet with the label’s lawyer, who advises they should settle with the jerk. So they do, and he’s even more of a jerk, and maybe that’s that? (Side note: Please let that be that, Nashville. The only reason Laura Benanti should be gingerly dabbing concealer over anything is because you’ve hooked her up with Deacon’s hot doctor, and Swoony McStethoscope has written a prescription instructing her to “apply my pillowy lips to your neck as needed.”)

SCARLETT GETS HER GROOVE BACK | Speaking of Hot Doc, he finds a clinical trial for Deacon, but enrolling in the program means giving up his spot on the donor list. So after a lot of thinking and yelling at Avery for things unrelated, Deke chooses to “let go and let God” by staying the course.

Poor Scarlett, however, is having a really rough time with it all. She falls apart in Gunnar’s arms while they’re both at the publishing house, and is it me, or has a full 60 percent of their interaction to date been in the form of soggy, sobbing hugs? He takes her mind off her vaguely described (thanks to her promise to her uncle) troubles by resurrecting the SAG Band* and playing a gig at the Bluebird. The song they sing, “World on Time,” is fun and peppy and I love it nearly as much as I love “I’m Not Leavin’ Without Your Love.” And the whole experience buoys Scarlett so much, she puts on her best grandmawear and asks Hot Doc out. He accepts. (*If you’re not going to give us a new name for that trio, Nashville, I’m sticking with what I know.)

WHERE IS THAT STORK?! | Juliette? Still so very pregnant, and grousing about her Vogue photo shoot. But after kicking the photographer out the first time, she tries again — nude and draped with some strategically placed fabric — and all is well.