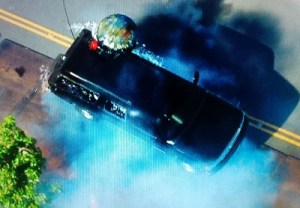 We’ve got questions, and you’ve (maybe) got answers! With another week of TV gone by, we’re lobbing queries left and right about shows including Shameless, The Flash, Nashville and The Blacklist!

1 | Has Hawaii Five-O upped the ante when it comes to how police convoys get hijacked on TV? #CameInLikeaWreckingball

2 | Were you impressed by Hart of Dixie‘s commitment to keeping Wade shirtless throughout nearly all of last Friday’s episode?

3 | Fiona and Gus’ quickie marriage on Shameless: Foolish or romantic?

4 | On Episodes, is Carol’s relationship with Helen Bash doomed from the start, just like all of her relationships with previous network presidents? 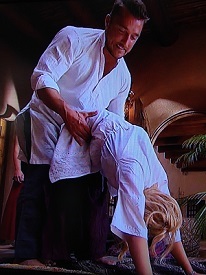 5 | Did Bachelor producers really need to enlist a creepy “love guru” to get Farmer Chris and one of his comely prospects into a variety of uncomfortable “sexytime” positions?

6 | Who now thinks Katrina is going to be the Big Bad for Sleepy Hollow‘s (possible) Season 3?

7 | Given this week’s Jane the Virgin reveal, as with Agent Carter and even White Collar before that, has Bridget Regan become TV’s go-to gal for “Not What She Seems”? 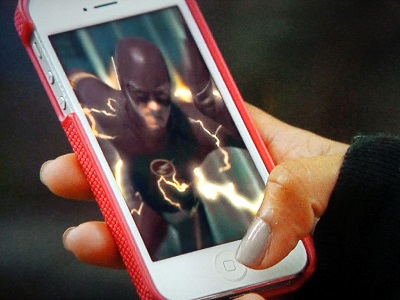 8 | Who’s feeding The Flash’s imprisoned metahumans? (Is there a food service contract for the Pipeline, or do they self-serve fish biscuits like on Lost?) Also, the average parent can barely take a crisp photo of Junior ambling on his tricycle, yet Iris’ iPhone gets this good a pic of The Fastest Man Alive? And is it weird that no one from Arrow has at least told Barry that Oliver was dead? (Willow had the decency to tell Angel that Buffy had died!)

9 | Has anyone considered that Forever‘s Adam might be lying about his experience in the Holocaust in order to lower Henry’s guard? 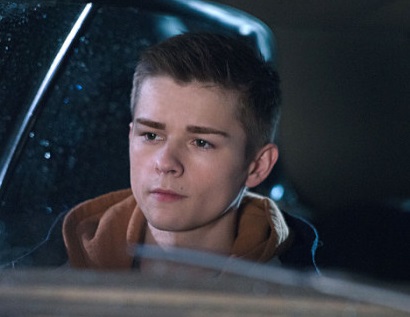 10 | Where does Dylan Everett rate among Supernatural‘s Young Deans? (He’s totally the best, right?) And can we please get a spinoff/prequel starring Everett and Colin Ford (suggested title: Wee Winchesters)?

11 | Did New Girl‘s “Swuit” remind anyone else of Barney Stinson’s pajama suit from How I Met Your Mother?

12 | Isn’t a bit disappointing that Cougar Town‘s aspiring photographer Travis has decided to spend the rest of his days manning a winebulance at Gulfhaven Plaza? Sounds more like a Jules Cobb dream than one of his.

13 | Will Ground Floor‘s premature cancellation stand in the way of Brody and Jenny’s happy ending? (We can’t help but think Jenny’s fear of marriage will torpedo things in next week’s finale.)

14 | Where in Arrow’s Inglorious Wig Hall of Fame does Malcolm’s flashback coif rank? Also, isn’t it a bit funny that Malcolm changes back into a suit and tie, Laurel her pencil skirts and dangerous heels, immediately after busting skulls in leather and masks? Does no one own a Swuit?

15 | Nashville‘s Maddie has to be a match for dad Deacon’s liver-transplant needs, right? And did this week’s episode make you feel a little bad for disliking Luke so much? 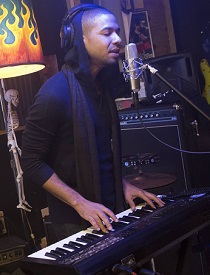 16 | Which Empire track is more hit-worthy: Jamal’s “Dollar Bill” or Hakeem’s “Drip Drop”? And was Lucious’ proposal to Anika motivated at least in part by his desire to get her dad to give him a clean bill of health, to satisfy the requirements of his IPO?

17 | Did you have to look away from The Americans when Philip and Elizabeth “disposed” of Annelise’s body?

18 | On Suits, could it have been any more obvious that Louis’ refusing to let Rachel speak would wind up biting him in the ass with his new client?

19 | Whoa, is Hindsight really suggesting that kind, sweet Andy Kelly — and not bad boy Sean — is the guy for Becca?! Would that be a TV first? On a different note, does the character of Paige stick out like a sore thumb? 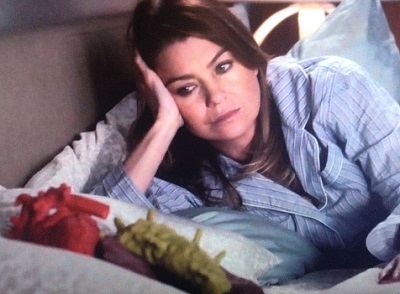 20 | How is Grey’s Anatomy not selling replicas of the creepy-cute 3D-printed tumor that Mer was using as a teddy bear? Didn’t you think April was going to chop off a finger when slicing carrots as Jackson and her mom argued? Finally, are you loving this seasons’s strong focus on next-gen medicine as much as we are?

21 | Knowing that she’d be “safe” for a long while, shouldn’t Scandal’s Olivia have given her industrious friends a bit more time to track her down, instead of tricking Ian into evacuating the premises?

22 | Place your bets now: Who’s ultimately going to take the fall for Sam’s death on How to Get Away With Murder? And did Rebecca have something to do with the strange claw marks left behind by the previous occupant of Wes’ tenant, or is that little subplot just a red herring?

23 | Is The Blacklist a little too confident at this point that the audience will still care when/if it’s revealed that Red is Liz’s father?

24 | For the few who watched Allegiance: How did Alex, who clearly comes from a Russian family, pass the CIA background check?

25 | How psyched is that insurance company about pitchman J.K. Simmons’ awards-season profile?