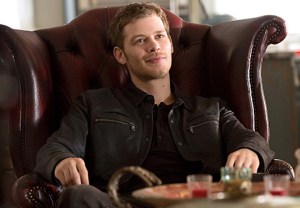 What do you get when you take a swarm of super-hungry vampires and magically lock them into a compound with a pack of super-delicious werewolves? Why, instant chaos, of course!

And that’s exactly what Finn was hoping for when he cast his little spell in The Originals‘ winter premiere, all part of his plan to find out where Klaus had stashed their mother. He was more than a little taken aback when he discovered she’d been turned into a vampire, which might explain why he reserved her a spot on the floor next to Mikael. (Do I smell another body-swapping spell in the very near future?)

But Finn’s entrapment spell wasn’t all bad. It gave us some great moments between Josh and Aiden (the supernatural Romeo and Juliet), as well as some memorable scenes with Kol and Davina (the supernatural Dylan and Brenda). And come on, if you’re going to be trapped in a building all day, can you imagine a better-looking bunch of captives with whom to share a space?

I rest my case. 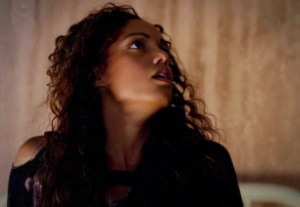 NEW GIRL | Speaking of being trapped, Rebekah — in her shiny new witch body — woke up in an insane asylum, with only Cassie and a (presumed friendly) ghost to help her bust out. And while a daring escape wasn’t quite in the cards for Bex this week, the tail end of the episode did throw a pretty major curveball her way: The mysterious being who’d been communicating with her was none other than her sister, Freya! Rebekah doesn’t know that yet, but hey, dramatic irony has always been one of The Originals‘ strongest suits.

GETTING TO KNOW YOU | Just as executive producer Julie Plec foretold, the winter premiere brought a whole lot of “turmoil” for Hayley, as she decided whether or not to tell Jackson about her recent tryst with Elijah. Ultimately, she decided it was best to come clean — but she probably wasn’t expecting Jackson to ask if she’s in love with Elijah (and her silence spoke volumes.) She also probably wasn’t expecting Jackson to forgive her, nor did she expect him to follow that apology with a beautiful proposal. And how could she have said no to that?

BOOZE & BOARD GAMES | While all of the above was going down, Elijah and Cami — arguably the show’s most unlikely pair — were stuck at Klaus’ safe house, where they also passed the time by raiding the liquor cabinet. It was a smart move by Klaus to ask Cami to pick his brother’s brain, but I’m even more relieved that she finally knows Hope is alive. Talk about a massive weight off her shoulders.

Your thoughts on The Originals winter premiere? Are you glad Hayley and Jackson are going through with their engagement? And what fresh hell will Freya raise in the Big Easy? Grade the episode below, then drop a comment with your full review.