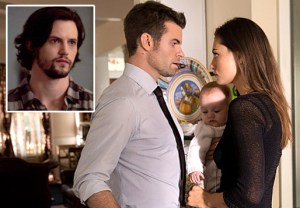 Preparations are already underway for a royal wedding when The Originals‘ returns Monday (The CW, 8/7c) — but will Hayley actually make it down the aisle with Jackson?

“There will be some emotional turmoil for Hayley,” executive producer Julie Plec tells TVLine, especially following Ms. Marshall’s no-clothes wrestling match with Elijah during the winter finale. “She’ll have to decide: Does she tell Jackson? Does she not tell him? Does she go through with this wedding, even though she’s in love with another man?”

And if Hayley does go through with the wedding as planned, she’ll need to figure out: “Can she love Jackson, who’s such a good person and cares about her so deeply? And, ultimately, what comes along with having to marry Jackson? What will she have to give up, and what could put them in danger?” 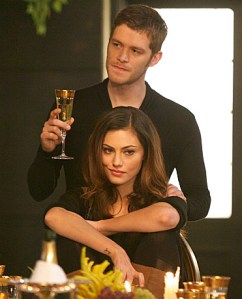 So much pressure! Meanwhile, there are still fans hoping to see a spark reignite between Hayley and Klaus, to which Plec has two words: Keep. Waiting.

“I don’t think anything is ever completely off the table,” Plec admits. “Right now, Hayley is torn between two men, so to throw a third one into that mix is a little complicated. But they do share a child and a history, and in the long run of the series, you never know. There are relationships you plan for, and then there are relationships you discover along the way. So they’re one of those that you just watch, wait and see if there’s a fun story to tell there.”

Hey, let’s just be glad Joseph Morgan isn’t in charge of the show: “If [he] got his way,” Plec says, “Klaus would end up bitter and alone.”

Time to speak up: Are you hoping Hayley goes through with her wedding to Jackson, or should Elijah speak now? And do you have any thoughts on Klaus and Hayley’s lingering potential? Drop all your thoughts in the comments section below.