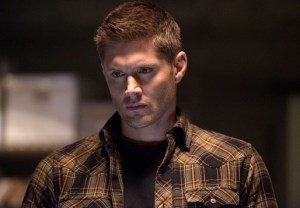 Sam Winchester is having a change of heart.

As Dean struggles with the effects of the Mark of Cain on Supernatural (returning Tuesday at 9/8c on The CW), the younger hunter will have to reevaluate his beliefs in order to help his brother.

In the process of ridding Dean of his darkness, Sam — and Castiel — will pair up with some questionable allies and take “pretty strong risks,” executive producer Jeremy Carver previews below.

TVLINE | How do Cas and Sam react to Dean having left this trail of dead bodies in his wake?
They’re a bit shocked. Their immediate question is, “How do we keep this from happening again?” And they waste very little time coming up with what they think might be a solution.

TVLINE | Dean wants the Mark gone, but is this a situation where things are going to get darker for him before they get better?
Not necessarily in that order. It’s a bit of rollercoaster… Let’s just say Dean and Sam are going to throw a lot of things against the wall to get this Mark off of Dean or to figure out how Dean can control the Mark. So yeah, you can expect darkness… and everything in between.

TVLINE | This is a very powerful force that’s inside of Dean. Is there a part of him that likes that power?
We’re going to be asking some questions: “Don’t we all have a bit of darkness inside?” — particularly someone like Dean — and, “Do you embrace it? Control it? Learn to live with it?” 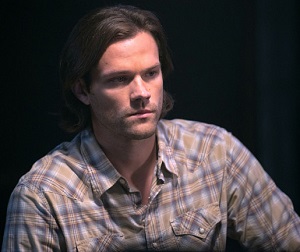 TVLINE | What is Sam doing to help Dean?
Sam is doing everything he can. That’s going to mean a Sam who is really taking stock of the declarations he’s made in the last couple of years. He came out pretty strongly [against the idea of] preserving their lives if it meant losing the life of others. It’s like Dean is put to the test by the Mark. Sam’s value system is put to the test by what is happening to Dean. Over the second half of the season, we’re going to see these guys, along with Castiel, really [searching] for a solution here. That’s going to mean pairing up with folks you might not think they’d pair up with and, frankly, taking some pretty strong risks on behalf of ridding Dean of this Mark.

TVLINE | Cain and Metatron both return. What can we expect from them? 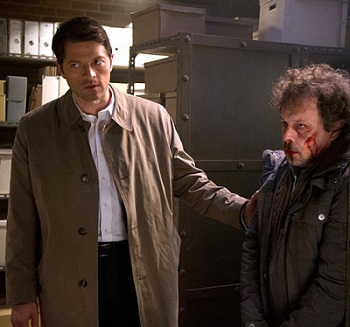 They’re going to definitely each play a role that is framed around looking for a way to get rid of the Mark [and] also looking for a way to live with the Mark. These are two folks who each have a particular insight into the Mark of Cain – Cain, obviously, being a little more educated to it. They are two of the more logical people to go and question and try to enlist. What they have to say is going to both help and hurt the boys.

TVLINE | You left things up in the air with Claire as to her situation with Cas. How is that relationship going to develop?
When we left them, basically, the boys rescued Claire. [But at the same time], she’s not really certain how she feels about Castiel yet. Dean killed her surrogate father, and that leaves a scar. I’ll just say we are not done with the Claire and Castiel story. Nor are we done with the Claire and Dean story.