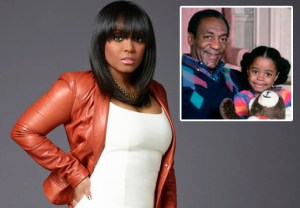 The already-scandalous Celebrity Apprentice got even more controversial in Sunday’s season premiere with the utterance of two words: Bill. Cosby.

Keshia Knight Pulliam — best remembered as Cosby’s pint-sized Cosby Show co-star Rudy Huxtable — was the first to be fired, presumably because she openly chose not to solicit funds from her former TV dad; a Cosby-sized donation could have saved the women’s team from losing the challenge.

TVLine caught up with Pulliam at Trump Tower in New York for her thoughts on that decision, her firing and how she views her overall experience on the show. (Spoiler alert: She was in for a few surprises.)

TVLINE | What were your expectations going into the show, and how were they met — or not?
For me, it was just about going in and winning money for my charity. I was focused on increasing its visibility and giving back, overall. I assumed more people would be focused on the charity aspect of the show, but not so much. It’s fine, though, I walked away with $25,000 for Kamp Kizzy, which is a household name now. So it was a win-win without having to compromise my integrity. 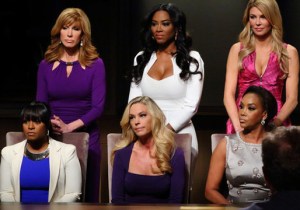 TVLINE | Speaking of integrity, who do you feel really threw you under the bus? Who are you least excited to see come live-reunion time?
Honestly, I’m fine. I don’t mind seeing anyone. I feel like I carried myself in a manner I’m proud of, and for other people, that’s their business. They know who they are.

TVLINE | Calling Bill Cosby could have saved you. Do you look back at that decision as your downfall?
No, I don’t. I feel that I made the right decision, absolutely. I have no regrets.

TVLINE | You spoke very highly of Cosby on the premiere, but this was all filmed before his latest rape allegations came out. Do you see him in a different light now?
I really can’t speak to that because that wasn’t my experience with him. I can only speak to the man who gave back to so many schools and charities and created such an amazing show that’s changed the landscape of television. It’s a very unfortunate situation, the whole thing.

TVLINE | And what’s next for you?
Really, just everything I’ve been doing already. I’ll continue with my non-profits, my other businesses and Kamp Kizzy.

(Note: We also spoke with Donald Trump, who said he would have encouraged Pulliam to call Cosby even after the scandal erupted because “the money’s for charity.” He continued, “I don’t know if he’s innocent or not, but if he is innocent, he’s certainly handling it very poorly.”)

All right, readers, what are your thoughts on the Apprentice premiere? Should Pulliam have called Cosby? Did she deserve to be fired? Who are you rooting for now? Drop it all in the comments section below.