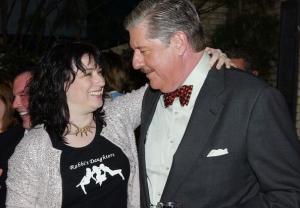 In the wake of Herrmann’s death on Wednesday from brain cancer, Sherman-Palladino shared with TVLine the surprising story that led to Herrmann’s against-all-odds casting, and the moment she came face-to-face with Richard Gilmore.

[FYI: When an actor “reads” for a role, he is essentially auditioning.]

When we were casting the part of Richard on Gilmore Girls, we all sat around saying, ‘If we could only get Ed Herrmann.’ So we sent the script to his agent who said Ed will come in and meet, but he won’t read. We said fine — great. Set it up. The agent said, ‘But I need you to understand — he will not read.’ We said we get it — no reading. The agent said, ‘He’s Ed Herrmann. He’s worked with Woody Allen! He was in Reds! He will not, under any circumstances, read!’ We were like ‘Hey, if he’ll even sit down and talk to us, we’d be honored.’ So Ed came in. He sat down and said, ‘I like it. It’s funny. Should I read?’ We sat there in stunned silence as Ed opened the script and proceeded to read. And just like that, Richard Gilmore was sitting in front of us. And that’s when I knew this show was charmed… To our patriarch, I thank you. I miss you. And I could never repay you.