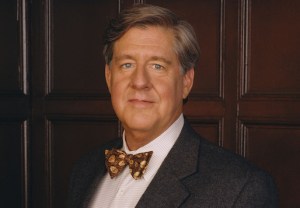 Gilmore Girls patriarch Edward Herrmann died on Wednesday, following a battle with brain cancer. He was 71.

The veteran actor’s family told TMZ that he had been in ICU in New York City for several weeks, and after showing no progress, he was taken off the respirator.

As recently as last month, Herrmann was appearing in a Westport Country Playhouse staging of Joanna McClelland’s Trying.

As Gilmore Girls‘ Richard Gilmore, Herrmann played dad to Lauren Graham’s Lorelai and grandfather to Alexis Bledel’s Rory. His extensive TV resume also includes — but is by no means limited to — The Good Wife (where he recurred as defense attorney Lionel Deerfield), Harry’s Law, Grey’s Anatomy, Oz, St. Elsewhere, a guest-starring run on The Practice (for which he won an Emmy) and, most recently, ABC’s Black Box.

He also narrated numerous programs for the History channel and portrayed President Franklin Delano Roosevelt twice in TV-movies (as well as in 1982’s Annie).

On Broadway, Herrmann collected two Tony Award nominations, winning in 1976 for his role in George Bernard Shaw’s Mrs. Warren’s Profession, while his film credits include The Paper Chase, Harry’s War and The Lost Boys.

Herrmann is survived by his second wife (of 22 years), Star, and a total of five children. 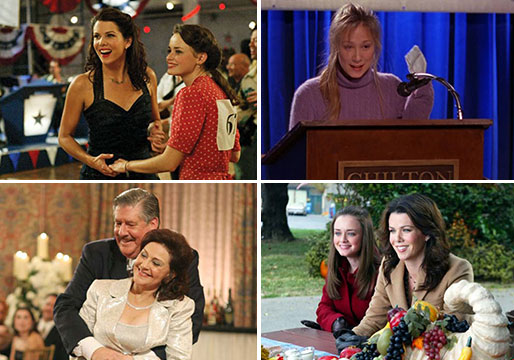