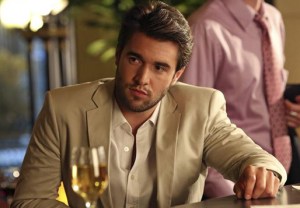 Sunday’s highly anticipated Revenge death may have been a shock to viewers, but executive producer Sunil Nayar tells TVLine the plans were set in motion before Season 4 even began — and that the victim was excited to take one for the team.

“Josh [Bowman] and I spoke at the beginning of the season about the journey we wanted to take Daniel on,” Nayar explains. “He and I were on the same page, wanting to take a big swing at the end of our winter finale, and wanting to see if we could do it in a redemptive way; that moment between [Emily and Daniel] was so beautiful at the end. It was also a way for us to keep shifting what the show is about so we never get complacent and the audience never knows what’s coming next.”

Speaking of what’s coming next, read on for our full interview with Nayar, who previews the impact of Daniel’s death, the rise of Malcolm Black and the new reason Emily and Victoria will find themselves at each other’s throats.

TVLINE | That final conversation between Emily and Daniel was so intense. How do you feel about the way you ended things between them?
That moment was so touching and beautiful, the idea of him dying doing something extremely noble. He finally understood what it means to be a responsible human being by the end. It’s a huge loss for the show, but we wanted to take the audience on a new journey with Daniel and Emily this season. Fans were even really talking about them getting back together again, which I took as a real credit to the way we told this story and the way [Emily VanCamp and Josh Bowman] acted those scenes. 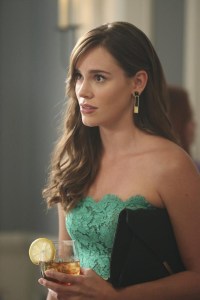 TVLINE | Now that her brother is dead, will we see or hear from Charlotte?
We’re going to track the idea that Charlotte’s up in rehab, and we certainly talk about how she might play into the show as we approach the end of the season. We don’t have any definitive plans yet, but she’s always on our minds.

TVLINE | Victoria, I imagine, must feel pretty guilty for setting her son’s death in motion.
Well, she did and she didn’t. That becomes a vital debate between Emily and Victoria going forward: Who’s to blame for what happened to Daniel? One of the things we wanted was for everyone to have a small hand in what could happen. Emily was going to get Kate back to the house regardless, but Victoria did get the wheels in motion. And David, obviously, is the one who brought this threat to town in the first place. Our whole world is to blame for what happened to Daniel.

TVLINE | What about David? Is he still going to try to kill Victoria in 2015?
He definitely has unfinished business there. Daniel’s death obviously derailed what he was planning on doing to Victoria, but these episodes we have coming up in January are fabulous. We’ll strive to answer that question, and I think the answer will surprise the audience in many ways. 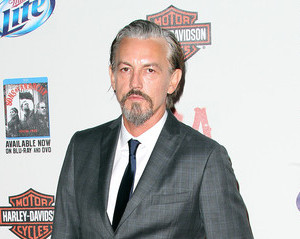 TVLINE | I assume Malcolm Black won’t be too thrilled about what happened to Kate.
[Laughs] I think that’s a very good way of putting it. Malcolm’s not going to be thrilled, if and when he learns that his daughter is dead. When we come back, it’s basically a direct pickup.

TVLINE | Should I be worried about Jack, since he’s the one who shot Kate?
Absolutely, and also emotionally. Jack had to do something he never thought he’d have to do to someone he got completely duped by. He’s in a new headspace, and you’ll see Jack dealing with the trauma of having done that, but also finding new strength in his ability to help control a situation.

TVLINE | And then there’s Margaux, who’s now carrying the last hope for the Grayson line. What pressure will that put on her, and what danger will it put her in?
You’re going to see a very different Margaux going forward. It’s not going to sit well with her that Daniel died in Grayson Manor in an attempt to help Emily — but her rage and sorrow are not beneficial to her carrying a child. 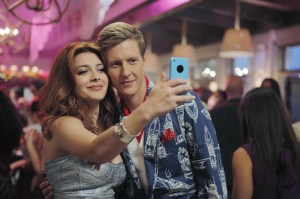 TVLINE | I’m also loving the unholy alliance between Nolan and Louise. Where’s that headed?
It’s headed to such great places. The two of them are fabulous together, and we’ll soon be meeting her brother, who’s also amazing. You’ll see a friendship growing; the audience is going to love it, and the two of them together are just wonderful.

TVLINE | For many fans, this has been an Emily-Daniel or Emily-Jack show. With Daniel gone, will Emily gravitate more towards Jack?
Definitely, though sadly it’s because they’re bonding over death and grief. What’s also nice is that you’ll see Ben step up and take a bigger role, which will make for an interesting dynamic between partners Ben and Jack. Ben’s someone who’s new to all of this; he doesn’t have the baggage and history that Jack has with Emily, so there’s a kind of newness that I think will really appeal to her.

TVLINE | My ears perked up when Ben mentioned his ex-wife. Is she coming into the picture?
You’re very perceptive. We’re certainly talking about the ex-wife character, and we have lots of good ideas for her.

TVLINE | Lastly, you seem to be pulling out all the stops lately. Are you consciously using this season as a chance to do all the things you’ve wanted to for so long?
Yeah, we really are. There have always been talks [of a final season], and the network has been so wonderfully supportive, … There’s definitely the fear of when you make things real — like Victoria knowing that Emily is Amanda Clarke — it’s like, “Well, where do we go from here?” But to the credit of our writing staff, any corner we paint ourselves into is exciting for us because we always figure out how to get out of it. To say we’re approaching this as the last season would be wrong, but we’re not scared to make choices that will make people ask “Where is this going?”

Revenge-rs, do you feel a little better about Daniel’s death after hearing how it fits into the larger story? Drop a comment with your thoughts on the late Mr. Grayson below.