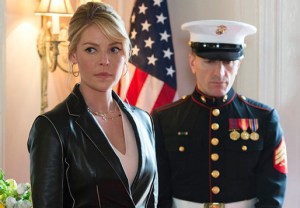 NBC’s State of Affairs, which premiered Monday, finds Katherine Heigl scrubbing back into television as Charleston Tucker — a no-nonsense CIA analyst by day and a no-pants party girl by night.

RELATED Katherine Heigl on the State of Her Reputation: ‘I Don’t See Myself as Being Difficult’

We meet her during an apparently average therapy session, which she mostly spends reliving the death of her fiancé Aaron, a special forces soldier who was killed in Afghanistan. Additionally, her therapist insists she’s repressing what really went down the night he was killed, which is later corroborated by an informant — a very, very familiar-looking informant.

It’s soon revealed that Tucker’s fiancé was also the son of the President of the United States (Alfré Woodard), to whom Tucker reports on a daily basis. Because of their personal connection, the duo’s working relationship is understandably skewed; even during important morning meetings, it kind of feels like they’re just two almost-relatives hanging out. (Where’s the tea, right?)

Tucker’s also got a touch of Homeland‘s Carrie Mathison in her, which we see when she somehow manages to avoid CIA security and make her way into the White House after being suspended for withholding crucial information from the President. As it turns out, she’s pretty much untouchable.

The premiere ends with Tucker making a solemn promise to the President: “I am going to find every last person who had anything to do with the death of your son, and I’m going to end every single one of their lives.”

But will she make good on that promise? And will you stick around to find out? Grade the premiere below, then drop a comment with your full review. 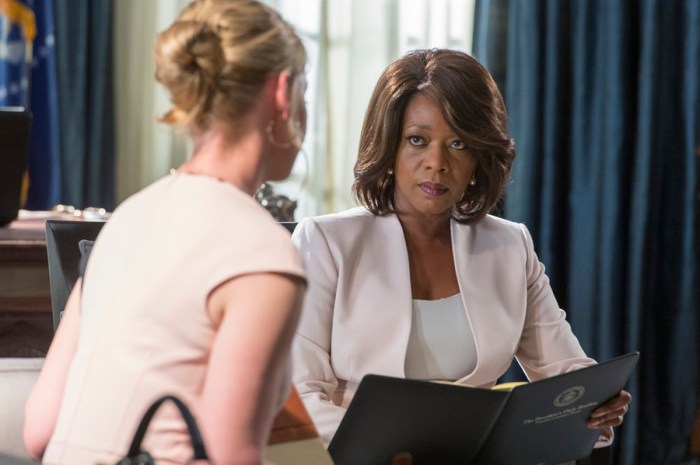