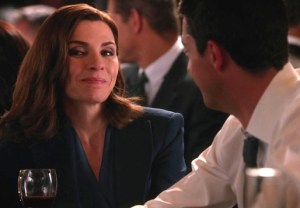 We’ve got questions, and you’ve (maybe) got answers! With another week of TV gone by, we’re lobbing queries left and right about shows including The Good Wife, Selfie, American Horror Story: Freak Show and How to Get Away With Murder!

1 | On Grimm, is Trubel a worthy stand-in for a powerless Nick? Or are you counting the days until Det. Burkhardt gets his mojo back?

2 | Anyone else spend 30 percent of their time watching Constantine wanting to straighten Matt Ryan’s necktie?

4 | Wasn’t it just a bit too convenient for Resurrection‘s Agent Bellamy to find a piece of paper that detailed exactly when he first returned? 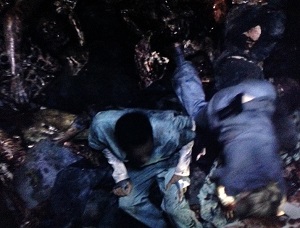 5 | Anyone experience Star Wars garbage compactor déjà vu when The Walking Dead‘s Beth and Noah’s fell into the zombie pit? And really, was 95-lb. Beth With One Broken Arm actually asked to hold down the violently thrashing soon-to-be-amputee? Also, for a show so good with effects make-up, how did Beth’s stitched cheek look no better than a Halloween costume-quality slab of latex?

6 | Admit it: You kind of missed Nik Wallenda’s mom jeans during the Chicago walk on Sunday, didn’t you? 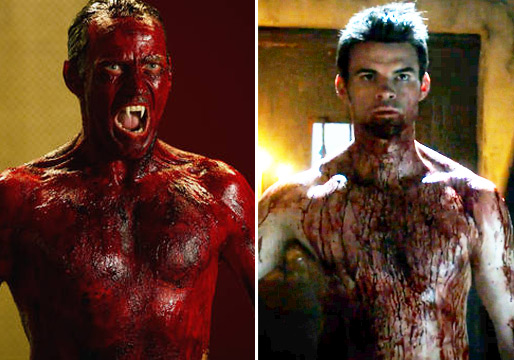 7 | Who’s your bloody-naked-crazy vampire of choice, True Blood‘s Billith or The Originals‘ Elijah?

8 | Was Barbara’s return to Gotham so bone-headed that you half-expected it to be revealed that she’s in cahoots with Falcone?

9 | Can Sleepy Hollow show us how powerful a witch Katrina is instead of just mentioning it all the time?

10 | As much as we loved Voice coach Gwen Stefani’s makeover of Craig Wayne Boyd, did the No Doubt frontwoman squander her fashion credibility by suggesting Reagan James wear sweatpants during her next performance? Speaking of coaches, which would be the bigger ratings blow: 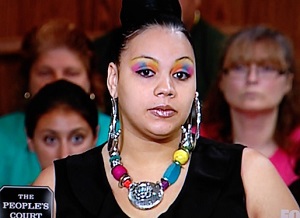 Adam sitting out a season, or Blake? (Or is the idea of one without the other impossible to fathom?)

12 | Is any given Mindy Project episode made at least 25 percent better by the inclusion of at least one Deslaurier?

13 | Do you miss New Girl‘s old credits? And were you psyched to see the return of Nick’s awkward moonwalk?

14 | Did you kvell when Selfie‘s Henry told Liza, “I’ve grown accustomed to your face,” evoking the My Fair Lady tune? And could David Harewood be playing a character any different from his Homeland CIA honcho?

15 | Sons of Anarchy viewers, did you notice (before Kurt Sutter tweeted about it) that this week’s episode had no music? 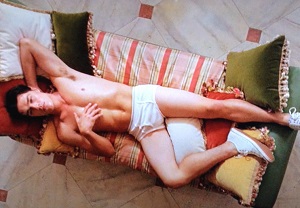 17 | Ladies, is the fact that a pregnant Carrie Underwood looked even better than normal in all of her CMA Award-hosting dresses inspiring, or infuriating?

18 | Isn’t the Arrow so good a shot that he could have put one through Cooper’s gun-waving hand? And how is it that Charlotte Ross looks better than any of the ingenues now starring on Days of Our Lives 27 years after she debuted as Eve?

19 | Have these conspicuous 100 survivors been with us since Season 1…? If so, how have they managed to remain so clean?

21 | When Stalker guest star Jessica Tuck was beating on Arrow alum Caity Lotz, could you not help but think, “If the hottie mistress had a bo staff, this fight would end very differently”? 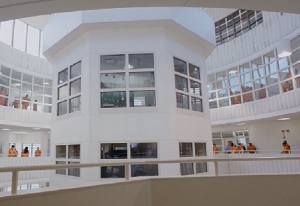 22 | Chicago P.D. viewers, have you ever seen such a nice looking prison? Is that the Red Band Society hospital?

24 | Have we now seen every How to Get Away With Murder character have sex? And who do we love more: Promiscuous/outrageous/bathroom-sex Connor or heartbroken/showing-up-at-Oliver’s-with-flowers Connor? And yes, while Bonnie obviously had to share the new autopsy findings about Lila, couldn’t she have called Annalise’s cell rather than timidly tap on her bedroom door? #creeper

25 | Scandal’s Cyrus going “three rounds” — are we really buying that?