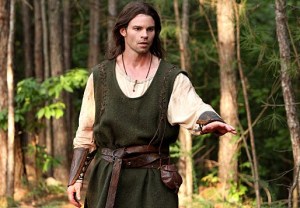 Warning: The following contains spoilers from Monday’s episode of The Originals.

Elijah, how could you?!

On Monday night’s The Originals, Esther pulled back the curtain in the vampire’s mind to reveal that he had killed his beloved Tatia during his early days as a bloodsucker.

Meanwhile, Mikael almost offed Klaus with the white oak stake, but a bit of witch power via Davina and Kol saved Klaus from taking his last breath. However, he’s far from safe, given that both his parents want to destroy him — not to mention that Esther also has a dastardly plot in mind for Rebekah, executive producer Michael Narducci reveals below.

Read on for scoop on the Original sister’s appearance, Kol’s shifting allegiances and Hayley’s big dilemma about her and baby Hope’s fate. 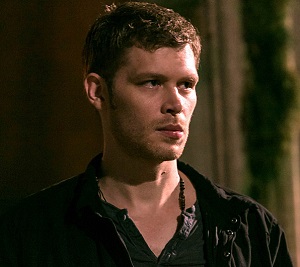 MOTHER’S LITTLE MONSTERS | By challenging Elijah with the truth about what he did and the suit of honor he wears to mask his behavior, Esther “wants to break him down completely, and she’s not done,” Narducci says. “Confronted with this by his mother, how will he react and what will he do?” And she’s not stopping with Elijah. “What does she intend to do with Klaus?” the EP posits. “What does she intend to do with Rebekah? If that was Elijah’s Kryptonite, what’s theirs?” The good news about mommy’s not-so-kind plans for her children: We’ll get a glimpse of Claire Holt before the end of the year. As for whether Klaus will learn that Elijah killed Tatia, Narducci would only say, “That’s a great question. I’m going to leave it at that.”

CHAIN OF DEATH | If Klaus dies, all his vampire offspring tumble. But does that include Hayley and baby Hope, too? “I don’t think they know, but if I’m a mother, I certainly would be afraid that that would be the case,” Narducci replies. As a result, when Hayley is put in the position of having to choose between saving Elijah or Klaus, her “wheels are turning, and you see what decision she makes.”

FAMILY TIME | Next week’s episode, “The Wheel Inside the Wheel,” will continue to uncover more buried Mikaelson skeletons. “We’re going to get into a lot of other stuff with the family history and who these people are and why this family is so important and a little bit of the origin of Esther and Mikael,” Narducci previews. “The secrets buried within the secrets of this family are going to start to come out, and they are fraught with the same kind of complex conflict as what we have shown so far.” The official description also reveals that someone from the Original hybrid’s past returns. “It’s a storyline that is pretty central to not only Klaus, but Esther’s plan and what’s going to happen to the family,” Narducci teases. 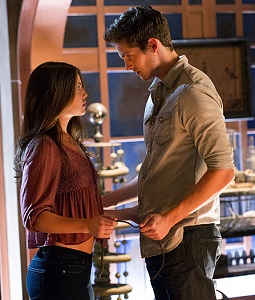 WITCHY WASHY | Kol has been placed into the body of a lesser witch, so “he’s on a little bit of a leash and everything he does is going to be a part of his agenda to break free of that leash,” Narducci previews. “So with Davina, does he care about her, or is he using her as a potential ally to get himself out of a hot spot?” Meanwhile, Kol’s got an ace in his pocket with the knowledge that Mikael is back, something neither Esther nor Finn are aware of. “It’s just a game of poker. What are the assets I have? What do I get out of telling them?”

MIKAEL: THE COMEBACK | “He just got his ass kicked,” so he’ll need to “regroup” before he strikes again, Narducci shares. “But [more] importantly, he doesn’t have the white oak stake anymore. So it’s not like he can come charging in at any point. He’s going to have to come up with a plan. And I think he’ll have an interesting one.”

MYSTIC DETOUR | Sorry, it doesn’t sound like there’s time for a trip to Vampire Diaries — “Everything is happening really fast [on The Originals],” Narducci says — but the story on the mothership show still has ties to the spinoff. For example, what would Klaus say if he found out his Vampire protégé Tyler was no longer a werewolf or a vampire? “Klaus would probably scoff and roll his eyes,” Narducci jokes before adding, “But there is something cool about the notion that now Klaus is a hybrid and Hayley is a hybrid and they’re the only two hybrids… that are this very special thing. What does that mean? Does that draw them closer together? Is there a begrudging respect on Klaus’ part? I think there is a sense that she is part of the family now in a major way, and Klaus would do anything for that child and he knows that child would hate him if anything happened to her mother. And it’s better for the child to have a mother, so there’s a part of Klaus that really does care very much about Hayley.”

What did you think of Nina Dobrev’s visit to The Originals and Tatia’s story? How will Esther attack Klaus and Rebekah? Hit the comments with your theories!