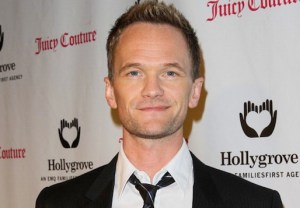 Neil Patrick Harris and NBC are finalizing a deal for the How I Met Your Mother star to host his own variety show on NBC, TVLine has confirmed.

The series, which consists of 10 hour-long episodes, will be an American adaptation of Ant and Dec’s Saturday Night Takeaway, a U.K. variety program produced by ITV.

NBC on Monday announced that the show will include “comedy sketches, musical numbers, mini game shows, hidden camera pranks on celebrities and appearances by A-list stars.”

The Peacock Net has ordered 10 episodes from ITV Studios America, all of which will be filmed in front of a live audience. Title and premiere date are yet to be determined.

The variety show reportedly was courted by several networks and likely will shoot in New York City, where Harris is based.

For years, the actor has spoken freely about wanting to do an Ed Sullivan-style broadcast on a major network; he told Howard Stern in May that he and CBS chief Les Moonves had discussed the possibility of such a show.

The format is a natural fit for Harris, who has a background in musicals and live theater and who has hosted the Tony Awards and the Emmys multiple times. His next gig, announced earlier this month, will be emceeing the 2015 Academy Awards.

NBC tried out a variety show hosted by SNL alum Maya Rudolph in May; that premiered to an audience of 7.2 million total viewers and a 2.1 demo rating.

Will you tune in for an NPH variety hour? Sound off in the comments!