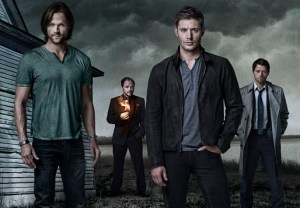 If The CW takes another stab at a Supernatural spin-off, the new characters may appear in more than one episode of the long-running drama.

While last season’s attempt at an offshoot, Supernatural: Bloodlines, introduced its cast and plot during the course of one hour, showrunner Jeremy Carver tells TVLine that one of his takeaways from the backdoor pilot — which didn’t ultimately go to series — is to spend more time establishing the ensemble.

“I think maybe one lesson would be to take a couple episodes to introduce some of your new characters to the fandom so the fandom could get used to them and is rooting for them,” he says. 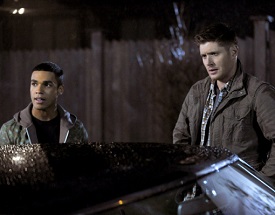 Carver may get his chance to win over the fans. Although Bloodlines was not picked up, the network “would love to get another Supernatural spin-off [on the air],” CW president Mark Pedowitz said during the Television Critics Association Summer Press Tour this past July.

“The support they give us is incredible,” creator Eric Kripke says, adding that Pedowitz “definitely” still wants to make the project a reality. “I think there’s a real opening if we can come up with it.”

At the moment, the premise of a potential new series is just in the “thinking” stages, Kripke notes.

“Our feeling on the spin-off is we want to do it if the idea is right,” he explains. “We want to do it if it’s something we’re really excited about and it’s a corner of the universe we haven’t seen yet. We don’t want to do it just to jam a piece of business through. We want to do it if we’re going to come up with something that’s as good as the mothership… Me and [executive producer] Bob [Singer] and Jeremy [Carver] and stars Jared [Padalecki] and Jensen [Ackles], we all decided that it just has to be idea first. If it’s not an idea that we’re all totally in love with, we’re not going to do it.”