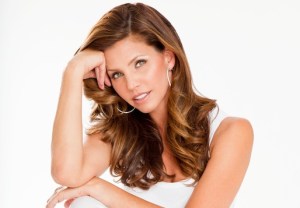 Is someone on Sons of Anarchy in need of staking?

Buffy and Angel alumna Charisma Carpenter will guest-star on the final season of the FX drama, EW.com reports.

The actress will play Carol, a conservative administrative director at a medical facility.

* Lauren Tom (Supernatural), Oliver Kieran-Jones (Glee) and Anne-Marie Johnson (Girlfriends) will appear on Season 5 of Pretty Little Liars — with the potential to recur, per The Hollywood Reporter. Tom will portray as an attorney who gets involved with the Liars, while Jones is set to portray a charming British friend of Melissa Hastings who comes in contact with Spencer. Johnson, meanwhile, has been cast as a chic pageant coordinator who arrives in Rosewood looking for girls to participate in a local competition.

* Nickelodeon has renewed Dora and Friends: Into the City! for a 20-episode second season.