I know — it seems like just yesterday that the Texas transplant was unceremoniously dumped by a cabbie in front of The Fairfield. But this Friday at 8:30/7:30c, Disney Channel’s Jessie (played by Debby Ryan) is heading for a wedding — and we’ve got your first look at the formal portrait.

In “There Goes the Bride,” when Jessie’s new beau Brooks (Pierson Fode) lands a plum job in Africa, the lovebirds are forced to fast-track their wedding — as in, exchange vows within two days. That can’t end well… or can it? Everyone seems happy enough below. (Click the image to zoom, then read on for more.) 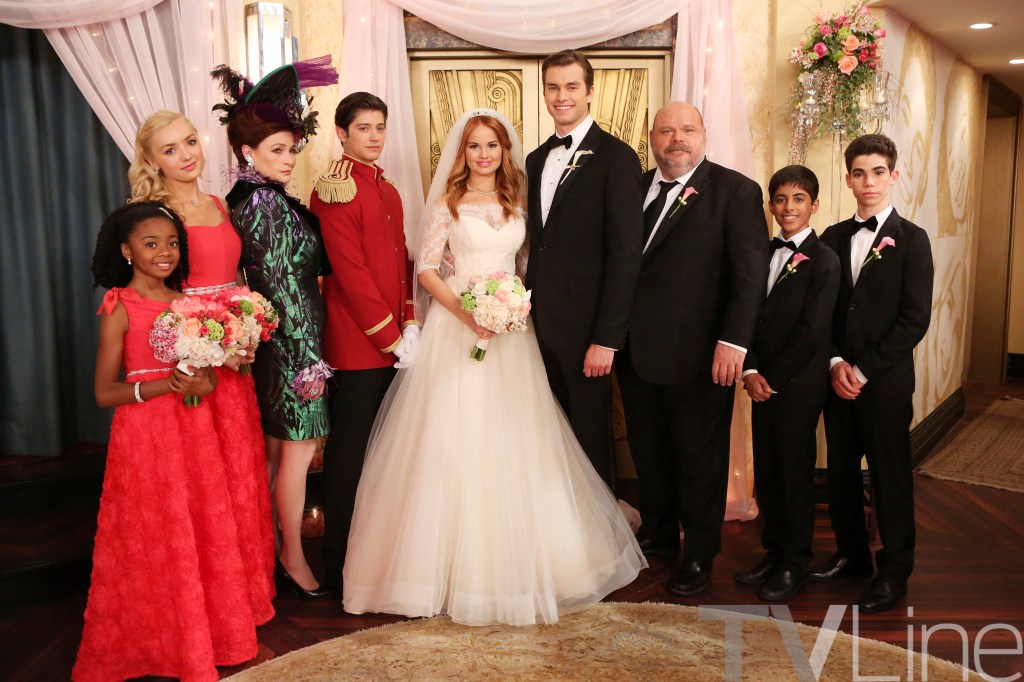 Jessie’s engagement marked a TV milestone, being the first one for a Disney Channel series’ lead character. As network EVP Adam Bonnett has said, “Jessie (age 22) is an adult, and we felt we could tackle this in a way that still feels appropriate for our audience.”

Later on Friday night (at 9:30 pm), the topic turns from wedding to webbing, when Ryan and the rest of the Jessie cast get animated in a special crossover episode of Marvel’s Ultimate Spider-Man: Web-Warriors, as seen below. Which Jessie event are you most excited for? 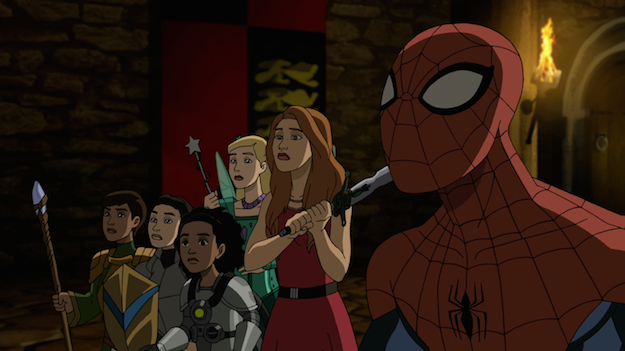