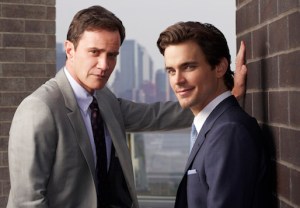 USA Network has, at long last, announced that White Collar will premiere its sixth (and yes, final), six-episode season on Thursday, Nov. 6 at 9/8c, where it will lead into Covert Affairs Season 5B.

“From its inception, White Collar captured a massive and loyal following, in large part due to the incredible on-screen chemistry between Matt [Bomer] and Tim [DeKay], who deserve credit for one of the most brilliantly performed ‘bromances’ in all of television,” USA Network president Chris McCumber said in a statement. “The series also benefited from smart writing and an extraordinarily talented supporting cast, who helped it become a fan favorite crime drama for five straight years. This season will not disappoint, with an exciting and shocking ending that fans will never forget.”

Adds series creator Jeff Eastin: “Saying goodbye to White Collar — and Neal and Peter — after six successful seasons is incredibly difficult, but I couldn’t be prouder of what our entire team has accomplished over the last six years. I’m grateful to FTVS and USA for giving the show a great home, and I can’t wait for fans to see the twists, surprises and phenomenal performances our final season has in store for them.”

What are your wishes and hopes for White Collar’s farewell run?