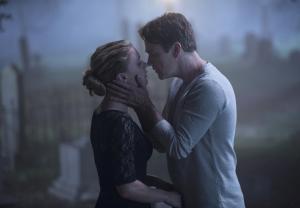 True Blood may have ended Sunday, wrapping up seven seasons of fang-banging fun, but Sookie Stackhouse’s story is far from over.

The HBO drama’s final episode — in which Bill met the true death and Sookie found new love with a mystery man, among other twists — received a largely negative response from fans, garnering a big fat “F” from TVLine readers. But even more than anger, the finale left viewers with a million questions, which showrunner Brian Buckner happily fielded from the press on Monday.

First thing’s first: Who did Sookie end up married to? Sadly, it sounds like we shouldn’t expect an answer anytime soon — or ever. “The idea was that we wanted Bill to be correct when he said that Sookie could have a normal life — the twist, of course, being that she chose to keep her powers and persevere,” Buckner explained. “[Author Charlaine Harris] took a lot of abuse for choosing Sam [in the books]; we felt like it was irrelevant who Sookie wound up with. What we wanted to know was that she was happy and living the live that she wanted to lead. To introduce a stranger in the last five minutes of the finale wouldn’t have made any sense. … We basically cast the man with the best arms from our stunt crew.” (That stunt man’s name was Tim Eulich, in case you’re wondering.)

Buckner said there were never any drafts of the finale in which Bill lived, but there was one minor change for Sookie in the original pitch.

“There was a version of this finale that I pitched to HBO earlier this year where we tried to be very post-modern and have Sookie give away her powers,” he revealed. “I’ve come around to the point of view that that was wrong.”

As for why Bill had to die, Buckner believes his suicide was meant to feel “heroic.”

“It was all meant to tell the story of a natural course of a human life,” he explained. “What Bill came around to was similar to what Godric came around to. A human life is extraordinary too. … Niall told [Sookie], Bill told her, Gran told her — via flashback in the finale — that you can have any kind of life you want. … The natural cycle of life is beautiful … and death gives life meaning.” Many fans also complained about the lack of Eric in the episode — he appeared briefly in the beginning and end — but it sounds like we should be thankful with what we got. Due to scheduling conflicts, producers didn’t even think Alexander Skarsgard would be available for the finale, originally conceiving his character’s conclusion to be in Episode 8.

(Speaking of scheduling conflicts, Buckner acknowledged that characters like Sam and Lafayette may not have been seen in the end as much as fans would have liked. There was a lot of story to be squeezed into the finale, and they had already found their happiness.)

As for not revisiting Eric and Sookie’s romantic history in Season 7, Buckner said it simply wouldn’t have worked as well as it had in Season 4. “When Eric and Sookie [reunited] this season, I was really impressed with the romantic undertones,” he admitted. “But we didn’t go back there because it would have been sloppier, story-telling-wise.”

That said, Buckner believes “there is life in Eric and Pam running a multi-national corporation.” (Spin-off, anyone?)

Truebies, do you feel differently about the series finale after reading Buckner’s explanations? Drop a comment with your take on the final hour below. 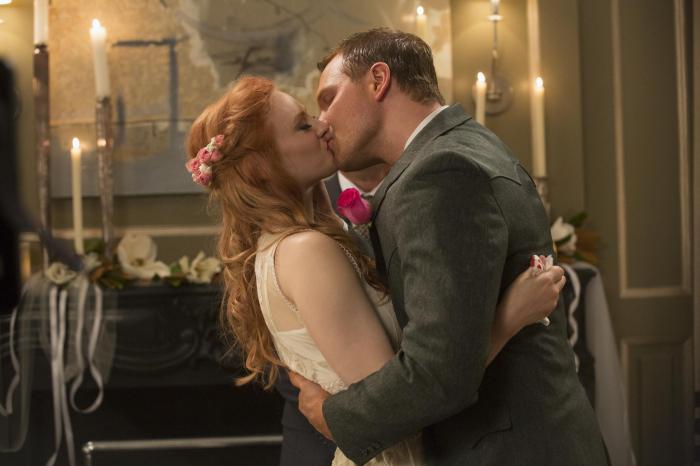