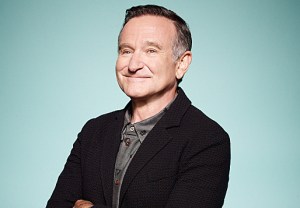 Just minutes after news broke of Robin Williams’ tragic passing, the veteran actor’s former co-stars and admirers came forth with their memories of the late comedian, either via Twitter or statements.

RELATED Sarah Michelle Gellar Pays Tribute to Robin Williams, Calls Him ‘the Father I Had Always Dreamed of Having’

One of the first, and most heartbreaking, responses came from Scott Weinger, who voiced Aladdin opposite Williams’ Genie in Disney’s 1992 classic:

Farewell to my childhood hero and my Genie. The world won't be the same without him.

Pam Dawber, who played Mindy to Williams’ Mork on ABC’s Happy Days off-shoot and this past April guest-starred opposite her former scene partner on CBS’ The Crazy Ones, put her initial reaction quite plainly: “I am completely and totally devastated. What more can be said?!”

Another Crazy Ones colleague, James Wolk, also remembered Williams by posting a photo:

Williams’ other co-stars, from both movies and television, also offered up their thoughts:

Very sad, very upset, very glad I did not have to hear about this though Twitter. Probably going to be taking some time off it for a while.

I worked with Robin years ago on "The Secret Agent. He was so sweet and generous. An unbelievable talent.One of a kind. #RIP

Honored to have worked w such a bright light and brilliant man. Love and prayers to his family and friends. #RIPRobinWilliams

I'll miss you, Pahpoh. You were such a part of all of our lives. There will never be another you. A sad, sad day. #RobinWilliams

I'm shocked and saddened over the loss of Robin Williams. I had the great pleasure of working with him on Old Dogs. #RobinWilliams

We mourn the loss of our friend Robin Williams, who always made us laugh and smile. pic.twitter.com/UOY8LTjVRA

John Travolta on the passing of Robin Williams: pic.twitter.com/Xj47cxq1fb

A tweet cannot begin to describe the hugeness of Robin Williams heart and soul and talent. This is so sad. #RobinWilliams

I could not be more stunned by the loss of Robin Williams, mensch, great talent, acting partner, genuine soul.

I am heartbroken. Dear, sweet friend, Robin Williams, gone. Our prayers for peace to all his friends and family, his beautiful children.

What I'll remember about Robin most was his genuine kindness and love of people. On set and off.

My Heart's broken. Robin was a beautiful, kind soul. Can't bear that he's gone. So incredibly sorry for his family.

And even those who never worked with him still consider Williams to be an incredible source of inspiration — including President Barack Obama:

Very sad to hear about Robin Williams. He brought so much laughter and joy into this world. You will always be remembered as a legend. RIP

All my love to you, poppet, you're going to be all right. #MrsDoubtfire

I am named after a character from a Robin Williams TV show when my parents still lived in Africa. He meant so much, to so many, so far away.

I am so sorry about Robin. He was sweet and generous and kind as well as a comedic genius. This is just terrible news. #RIPRobinWilliams

So heartbreaking to hear the terribly sad news about the amazing Robin Williams, thank you for bringing so much laughter and joy to us all.

Readers, how will you remember Robin Williams? Drop a comment with your favorite role or memory below.