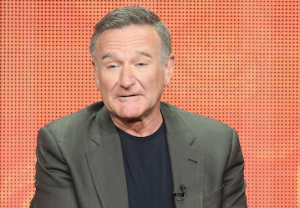 Emmy- and Oscar-winning actor Robin Williams was found dead on Monday at age 63, the result of a suspected suicide.

UPDATE: The actor, who most recently appeared in CBS’ one-season comedy The Crazy Ones and had checked into rehab on July 1, was found in his bedroom, having hanged himself hours earlier with a belt, the Marin County Sheriff reports. He also exhibited cuts on his wrist, with a pocket knife nearby.

The initial report from the Marin County coroner’s office listed the suspected cause of death as suicide via asphyxiation, although “a comprehensive investigation” — including a toxicology report and interviews with witnesses — “must be completed before a final determination is made.”

“Robin Williams passed away [Monday] morning. He has been battling severe depression of late. This is a tragic and sudden loss,” noted a Williams family spokesperson. “The family respectfully asks for their privacy as they grieve during this very difficult time.”

Variety quoted a statement from Williams’ wife, Susan Schneider, as follows: “I am utterly heartbroken. On behalf of Robin’s family, we are asking for privacy during our time of profound grief. As he is remembered, it is our hope the focus will not be on Robin’s death, but on the countless moments of joy and laughter he gave to millions.”

Williams rose to fame playing the titular alien Mork for four seasons on Mork & Mindy, earning an Emmy nod as Lead Actor in a Comedy Series in 1979. He would go on to garner eight additional nominations, winning twice for Outstanding Individual Performance in a Variety or Music Program — for 1987’s Carol, Carl, Whoopi and Robin and 1988’s ABC Presents: A Royal Gala.

RELATED Sarah Michelle Gellar Pays Tribute to Robin Williams, Calls Him ‘the Father I Had Always Dreamed of Having’

Williams transitioned to a wide-ranging big-screen career starting with the title roles in Popeye and The World According to Garp, eventually earning four Academy Award nominations for Good Morning, Vietnam, Dead Poets Society, The Fisher King and Good Will Hunting, taking home the Best Supporting Actor statuette for the last of those films in 1998.

The actor also won five Golden Globe awards — including a Best Actor in a Comedy prize for Mork & Mindy — and earned the Hollywood Foreign Press Association’s Cecil B. DeMille Award in 2005. In addition to his wife, he is survived by three children.

Check out YouTube clips below of Williams’ work in Mork & Mindy and The Crazy Ones — plus his first appearance on The Tonight Show Starring Johnny Carson. 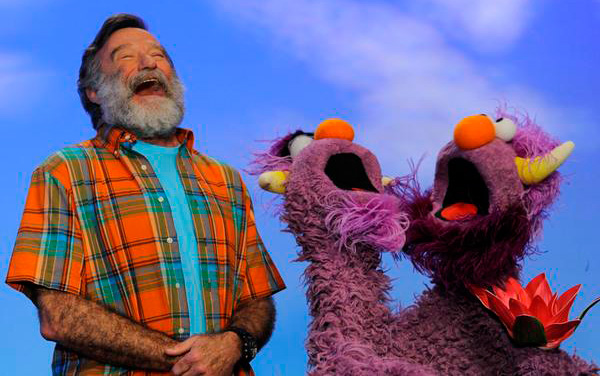