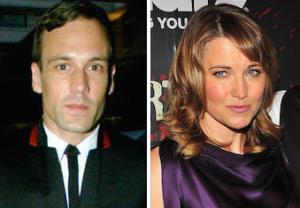 It was announced on Friday at the San Diego Comic-Con panel for ABC’s Marvel’s Agents of S.H.I.E.L.D. that the role of Lance Hunter has been cast for Season 2, to be played by British actor Nick Blood.

RELATED Can TV’s S.H.I.E.L.D. Not Reassemble Until the May 2015 Avengers Sequel?

Hunter, per Marvel comic lore, has served as director of S.T.R.I.K.E. (Special Tactical Reserve for International Key Emergencies), a sort of across-the-pond version of S.H.I.E.L.D. Executive producer Jeffrey Bell however described Agents of S.H.I.E.L.D.’s take on the character as a “mercenary” Coulson meets “who comes in and helps the team.”

Again per lore, Hunter counts among his acquaintances S.H.I.E.L.D.’s British liaison, Comtessa Allegra de Fontaine — whom some of you out there suspected-slash-hoped Lucy Lawless would be playing. But it was announced at Comic-Con that Lawless instead is playing Isabel Hartly, a veteran S.H.I.E.L.D. agent. “She’s tough,” said EP Maurissa Tancharoen. “She may have a knife that’s always by her side.”

Blood’s TV credits include ITV’s The Bletchley Circle (where he played detective constable Ben Gladstone ), the Sky1 sitcom Trollied and BBC Three’s Him & Her.