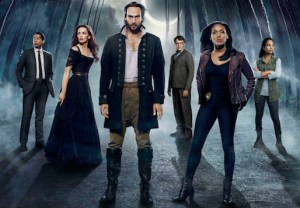 Will Sleepy Hollow’s Ichabod and Abbie finally “go there” in Season 2?

Obviously, that was the first thing reporters wanted to know Sunday during the show’s panel at the Television Critics Association summer press tour — but just like the supernatural Fox drama itself, Ichabbie’s future isn’t that simple.

“Their relationship is at the core of everything we do,” executive producer Mark Goffman explained. That said, “There are going to be some real trust issues [this season].”

The real romantic drama in the 18 episodes of Season 2, it seems, will go down between Ichabod and his wife. “We’re going to drop a few bombs this season with Crane and Katrina,” Goffman teased. “We’re going to find out a few things that neither of them could possibly be prepared for.” (And considering they recently discovered their son is the Horseman of War, that’s really saying something.)

Star Tom Mison noted that the impending apocalypse is a bit of a “mood killer” when it comes to Ichabod and Abbie’s will-they-won’t-they relationship, while co-star Nicole Beharie doesn’t seem to be in any rush to get the two together.

“I think it’s interesting and kind of fun … that she has a relationship with a man, but it’s not romantic,” Beharie said. “She’s not defined by some sexual [desire]. She’s unearthing all these things about her past and her history through this person who seems like he shouldn’t be in her life.”

Season 2 will also introduce an insane (obviously) collection of characters, both natural and supernatural. Co-creator/executive producer Len Wiseman revealed the arrivals of a wendigo and a succubus, as well as two baddies known as Kindred and the Pied Piper. “We’re always twisting things up with some of the legends we’re familiar with,” he explained. Added Goffman, “We have a new sherrif in town, Lena Reyes, and I think that’s going to pose a lot of cool conflict for Crane and Abbie as they try to work their way in the precinct, as they did with Irving. She has a history in Sleepy Hollow, but has been with the border patrol for a while, so she’s really no-nonsense and a real obstacle.” (Executive producer Heather Kadin noted that Lena will also have a mysterious connection to Jenny and Abbie.)

But fear not; there will also be plenty of the levity and humor that Sleepyheads have grown to love. For example, Season 2 will fine Crane continuing to struggle with the conveniences — or inconveniences — of modern life, including learning how to drive.

(Whether or not that experience means the return of fan-favorite Yolanda, that remains to be seen.)

Thoughts on these new teases, Sleepyheads? Click here to see the new cast photo gallery, then drop a comment below with your hopes for Season 2. 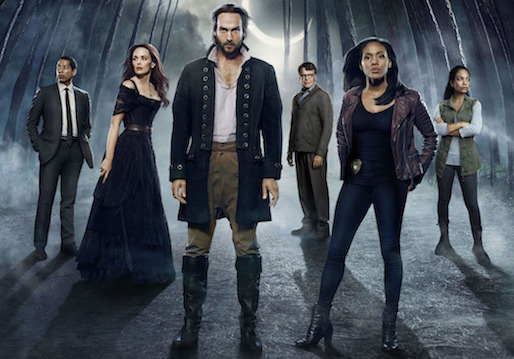