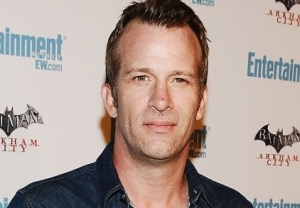 The Hung alum will star in Syfy’s 10-episode space opera The Expanse as world-weary Detective Miller, a native of “the Asteroid Belt” between Mars and Jupiter.

The series, set 200 years in the future, follows the case of a missing young woman who brings a hardened detective (Jane) and a rogue ship’s captain together in a race across the solar system to expose the greatest conspiracy in human history.

The Expanse is slated to premiere in 2015.

* Ben Kingsley has been cast in Spike TV’s event series Tut. The Oscar winner will play Ay, the Grand Vizier to King Tutankhamun, who wields tremendous power and influence as the young Egyptian ruler’s top adviser.

* USA Network has given a pilot order to the drama Mr. Robot, about a young programmer who suffers from a debilitating anti-social disorder and decides that he can only connect to people by hacking them. He finds himself torn between a cybersecurity firm he works for and the underworld organizations that are recruiting him to bring down corporate America.