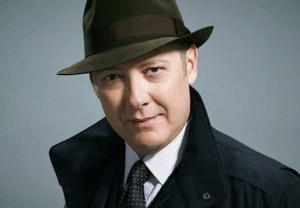 Red Reddington will have a new place to hang his hat come February, regardless of how The Blacklist‘s Monday night replacement performs.

RELATED What Happens Next: Is The Blacklist‘s Red Really Liz’s Father?

NBC Entertainment chairman Robert Greenblatt told TVLine on Sunday at the Television Critics Assoc. summer press tour that even if State of Affairs — NBC’s new Katherine Heigl-fronted drama — fails to perform well in the Mondays-at-10 time slot starting in mid-November, “The Blacklist isn’t going to go back in there.”

Rather, The Blacklist is set to launch Season 2 on Monday, Sept. 22, make way for State of Affairs starting Nov. 17, and then return from its 10-week hiatus in early February — first with an aprés-Super Bowl showcase, then with a second new episode just days later, christening its new Thursdays-at-9 home.

Greenblatt explained that The Blacklist would only have delivered eight or nine new episodes this fall regardless, due to the show’s “enormous” production demands. By moving last season’s No. 1 new series to a new night, Greenblatt hopes to “change the game” for NBC on Thursdays.

For good measure, The Blacklist‘s pre-hiatus finale will deliver a “big hook” to pique and hold viewers’ interest over the break, before the drama returns with a “big two-parter” during Super Bowl week.

* Asked to account for Katherine Heigl’s mother Nancy’s role as a producer on the aforementioned State of Affairs, Salke said the “momager” is “someone who has a strong opinion…. We found her to be nothing but additive to the process [and is] not disruptive in any way I can think of.”

* The freshman supernatural drama Constantine is replacing female lead Lucy Griffiths with an “authentic Latina actress” whose deal has not yet officially closed.

* While The Night Shift has already been renewed for Season 2, Greenblatt said a decision on summer comedies such as Undateable will come “in the nest few weeks.”

* Early scripts for Hannibal Season 3 “blew us away,” Salke raved. Greenblatt added that while the Bryan Fuller-helmed drama is “one of the best shows we have creatively and one of the best reviewed shows… We still struggle to find an audience for it.”

* Though Maya Rudolph’s inaugural variety special was “imperfect,” Telegdy admitted, NBC is “very much in discussions with Maya… about what the show would look like” if it returned for an encore at midseason.

* Greenblatt sees an “opportunity” for NBC’s Thursday line-up — The Biggest Loser leading into two new comedies and then Parenthood — opposite CBS’ six in-season weeks of Thursday Night Football. Of CBS’ new football foray, he suggested, “I don’t think you’re going to see the ratings we see on Sunday night.”

* The multigenerational family comedy Bill Cosby is developing for NBC “is not going to be on before this coming season is over,” Greenblatt said.