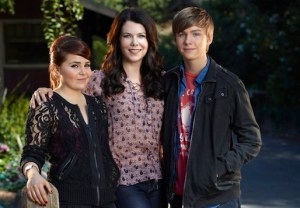 Parenthood fans: You didn’t think you were going to get off scot- and Kleenex-free, did you?

Appearing as part of an NBC drama showrunners panel on Sunday at the Television Critics Assoc. summer press tour, Parenthood boss Jason Katims said that the family drama’s farewell run will uncork a “larger story that has a huge effect on everybody,” starting in the season opener and running through all 13 episodes.

Katims teased that the storyline will present “a huge challenge for this family, the kind we haven’t seen before.”

Katims later told TVLine that the storyline in question is one he’s batted around before, an idea that revolves around “one of those big life moments that the show tackles well. When we did Kristina’s cancer storyline, I thought it was one of our strongest stories that we did — and obviously some of the best performances — so we want to do a story that again is one of those biggies that the family has to deal with.”

Above and beyond the season-long arc, Katims promised “as many storylines going on as there always are,” including a likely full-season presence for Ray Romano’s Hank and hopefully a final-season encore for Jason Ritter’s Mark.

Want more scoop on Parenthood, or for any other show? Email insideline@tvline.com and your question may be answered via Matt’s Inside Line.