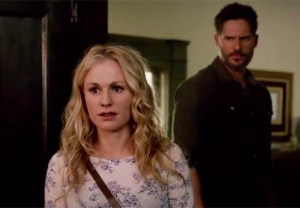 Spoiler alert: Stop reading now if you don’t want to know who died on the True Blood season premiere!

Death may always be lurking around the corner on True Blood, but the HBO drama threw a major curveball in the first few minutes of Sunday’s season premiere by offing one of its core characters.

“Tara is really dead,” Rutina Wesley confirmed to TVLine and other reporters at the show’s Season 7 premiere in Hollywood, for those of you doubting her off-screen demise. “But dead doesn’t always mean gone on True Blood.” We can confirm that Tara will be seen again — Lettie Mae’s V-induced visions will soon be shared with the audience — but as for how “dead” Tara is different than “alive” Tara, Wesley explained, “She’s basically human Tara, but softer.”

Kristin Bauer Van Straten, who plays Tara’s maker/love interest Pam, said her character’s journey will also be affected by Tara’s abrupt departure: “Who is gonna anchor [Pam in Bon Temps] if Tara and Eric are both gone?”

Truebies, how do you feel about Tara’s death? Drop a comment and cast your vote below. 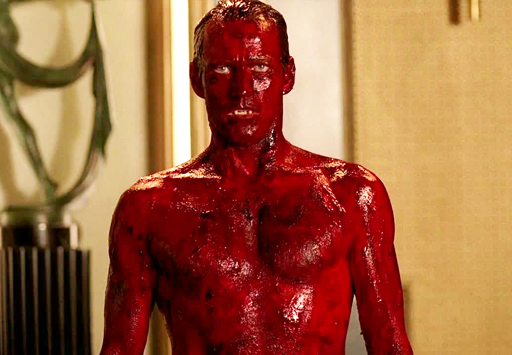