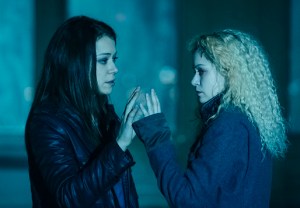 But as Season 2 has delved deeper into grifter punk/mother Sarah and her sisters, Maslany has outdone herself, bringing new layers and emotions to her many roles. To top it off, a fresh clone, unlike any other on the series, presented the actress with a new challenge: stepping into the manly shoes of transgender Tony.

It’s no surprise then that Maslany is a TVLine dream Emmy nominee and has garnered nominations for a Critics Choice Award and a Television Critics Association Award, both of which she won last year.

As Season 2 prepares to wrap up on Saturday (BBC America, 9/8c), TVLine invited Maslany to look back at her many clones’ memorable scenes from this year. (Check back at this very URL after Saturday’s finale for one more choice moment.)

Click HERE or underneath the photo above to scroll through the gallery and to read Maslany’s thoughts about going numb, the Helena moment she improvised, that sex scene and more. 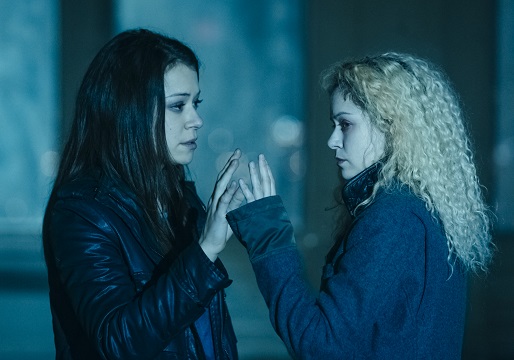