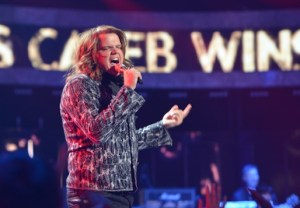 Don’t worry if your singing voice is reminiscent of a shot glass in a food processor: You can still win Season 14 of American Idol.

No, Fox’s reality singing competition isn’t adding a new Auto-Tune feature to its live shows, but rather, it’s planning to dole out a $50,000 prize to the family member, friend or colleague most instrumental in getting the show’s 2015 champ to audition — AKA his or her “True Believer.”

Contestants will be asked by the show’s producers to choose their own “True Believers”; if the eventual champ decides not to designate one, the show will donate the $50,000 to a charity of its own choosing.

Idol is announcing the “True Believer” program as it kicks off its first round of Season 14 auditions beginning June 18 in Minneapolis, followed by stops in New Orleans (June 25); Uniondale, NY (July 23); Nashville (July 30); and San Francisco (Sept. 29).

The show will also offer hopefuls the chance to submit auditions online through social media using #TheNextIdol hashtag, via the show’s official site (americanidol.com) and through an 11-city bus tour that launches July 9. The dates for those stops are as follows: