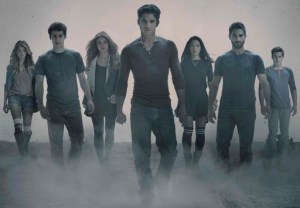 With exactly 20 days to go until the return of MTV’s Teen Wolf, TVLine got an early look at the Season 4 premiere, which is equal parts sexy, enlightening and stressful. So if we had to sum it up in one word, it’s “sexlightful.”

In addition to shining a spotlight on new characters like Malia — who you’re about to love, whether you know it or not — the June 23 premiere also pays homage to the past (Allison!) and is loaded with plenty of “WTF” moments, five of which we’re about to tease for you now:

* The biggest question on all of our minds after the Season 3 finale (“What is Kate?!”) is answered in the premiere.

* Lydia’s banshee powers are, at long last, being explained/explored.

* Someone gets scratched by something. (Vague enough for ya?)

* One Beacon Hills twosome is inspired to DTR after a little nudging from an unexpected source.

* Something weird happens to Derek. Like, something really, truly weird that we’ve never seen on this show — or any recent show we can think of, for that matter.

* BONUS: This week’s “Ask Ausiello” column will have a Stiles-centric premiere tease, so keep an eye out for that!

OK, that’s pretty much all we can say without MTV sending Scott’s pack to our office to kill us — not that that’s a bad way to go. So go ahead and drop a comment with your hopes for Season 4 below.