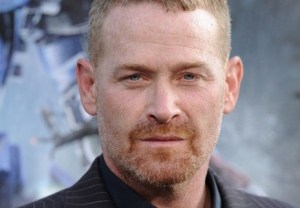 Max Martini (Crisis, The Unit) is getting in the spy game.

The actor will guest-star on Season 5 of Coverts Affairs as a former CIA operative, USA Network has announced.

Martini’s Nathan Mueller resurfaces after mysteriously going off the grid and comes face-to-face with Annie, who is unsettled to discover they share similar inner demons.

*AMC’s Hell on Wheels will return for Season 4 on Saturday, August 2 at 9 pm. The expanded run of 13 episodes will air in two parts, with the first 10 hours running consecutively through Oct. 4. After a brief hiatus (for FearFest programming), the final three episodes will unspool beginning Nov. 8.

* DreamWorks Dragons, the animated Cartoon Network program based on the film How to Train Your Dragon, is moving to Netflix beginning in Spring 2015, our sister site Deadline reports.

* Showtime will air the documentary L Word Mississippi: Hate the Sin, about a group of Southern lesbians, on Aug. 8 at 9 pm.

* FX has unveiled the first trailer for its spooky new vampire drama The Strain. The series, premiering July 13 at 10 pm, is based on the best-selling vampire novel trilogy written by Guillermo del Toro and Chuck Hogan.