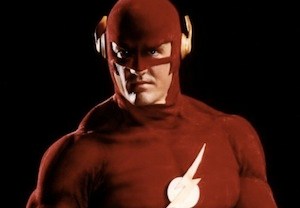 Shipp, who was cast in a mystery role in the CW pilot in February, will play Barry Allen’s dad, Henry, on the upcoming series, TVLine has learned.

“Given his history with The Flash, [executive producers] Andrew [Kreisberg], Geoff [Johns] and I could only think of one person we wanted to play Barry’s father and that was John Wesley Shipp,” said EP Greg Berlanti in a statement. “He gives a fantastic and emotional performance in the pilot and we are looking forward to his presence in many more episodes. Also, personally, it was just wonderful to work with him again since my days at Dawson’s Creek. He’s a great actor and a great guy.”