Ari Graynor, who debuts as CBS’ Bad Teacher on Thursday (9:30/8:30c), tells TVLine she’s waited a while for this particular class to be in session.

She auditioned for the 2011 feature film on which her new series is based – “obviously, not for the Cameron [Diaz] role” – and didn’t get it. “Then, when it came out, I just missed [seeing] it,” Graynor says. “And then, when the show became a reality, I specifically decided not to see it, because our show is very much its own thing.”

Four years after that not-so-fruitful audition, Graynor is the one polishing the apple: She stars as Meredith Davis, “a completely inappropriate teacher” (loosely based on the role Diaz played in the movie) who suddenly finds herself as an authority figure in a grade school. Before long, she’s befriending a group of 11-year-old girls… and also trying to date one of their dads.

“It’s just such a delicious comic set-up,” she says.

TVLine asked the actress, who’s also got a bunch of stage and big-screen credits to her name, to reminisce about a bunch of her prior TV jobs. Click through the gallery below on as Graynor tells stories about playing chicken with her future on The Sopranos, running into a Bad Teacher co-star on Veronica Mars, letting loose on Family Guy and more. 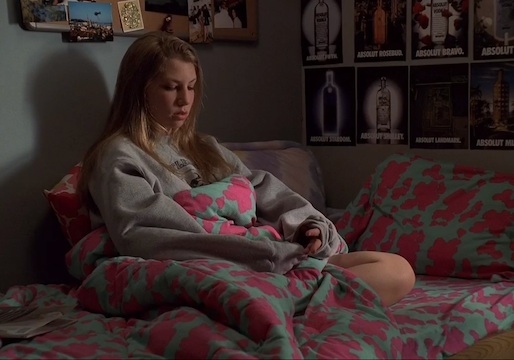