Pratt also broke down the finale’s biggest reveals, including Charlie’s “emotional” backstory,” the truth about the Taylors’ “father-daughter relationship” and how all this drama will (hopefully) spill into Season 2.

CHARLIE’S ORIGIN | There’s apparently a method to Charlie’s madness, which we’ll learn in one of the more “satisfying and numbing moments” of the finale. “The episode tells an emotional story about who Charlie really is,” Pratt explained, adding that once Danny finds out, he’ll have to figure out “what that means for him.” Jo will also find herself grappling with the Charlie reveal, as it will “impact her life and beyond.”

WHITNEY’S DADDY ISSUES | “We brought her on as an interesting character, a bit of a diversion with a lot to reveal,” Pratt said of the still-mysterious Whitney Taylor. “I think the writers did a great job of hiding what Whitney and her father, Jack, are really up to. It’s the kind of father-daughter relationship where you think ‘There’s something off about this’ right from the beginning. We reveal exactly what they’re both up to, and we find out the truth isn’t always the first thing on Whitney’s lips.” HOPE FOR WHITNEY & LACEY? | Speaking of Whitney’s lips, Pratt explained the logic behind Lacey’s reaction to that kiss: “She’d been screwed over by Danny, the world’s worst boyfriend, and that made her vulnerable. So here comes [Whitney] who makes advances towards her, and rather than have Lacey instantly react one way or the other, we had her go through what I’m sure many women, both who are lesbians and those who are not, have had to deal with.” That said, it doesn’t sound like we should be expecting Whitney and Lacey’s ship to set sail — at least not in tonight’s finale.

SEASON TWO? | Though Twisted hasn’t been renewed for a second season as of yet, Pratt said the finale sets up “more amazing stories to come,” and he’s optimistic about the Green Grove gang returning for more adventures. “It’s totally up to ABC Family to say ‘Do a cliffhanger’ or ‘Don’t do a cliffhanger,'” he explained. “Nobody told us to put on the breaks, or wrap it up, so there’s always a chance we’ll come back.”

Any new predictions based on Pratt’s teases? Browse pics from the finale below, then drop a comment with your Twisted theories. 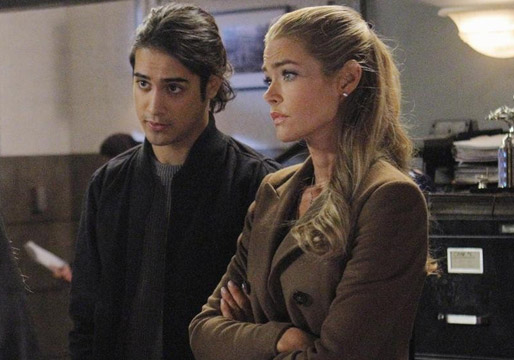