“Legit only shoots three months a year,” the actor says, referencing the FXX comedy on which he plays a 31-year-old with muscular dystrophy who’s getting his first taste of living in the real world.

“And I am so self-destructive when I’m idle. I’ll just sit and eat Cheetos and buy things on eBay. I need to get out of the house.”

That drive has resulted in a slew of jobs over the past 12 years, including roles on Emmy favorites like Breaking Bad and crowd-pleasers like Criminal Minds.

“The beautiful thing about being a character actor is that you plug into so many different moments in pop culture over the course of a career,” he says.

On the eve of Legit‘s Season 2 premiere (Wednesday at 10/9c), Qualls looked back at some of his more memorable roles – including a Lost fried-chicken slinger and a Supernatural Winchester sidekick. Click through the gallery below for his take on some pivotal gigs. 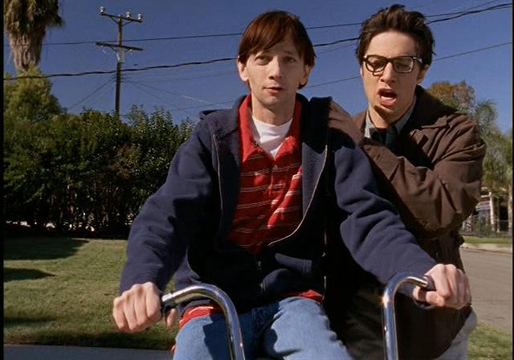