It’d be impossible for any one character or actor to fill the shoes of TV’s iconic J.R. Ewing, played by Larry Hagman. But TNT’s Dallas, as it heads into Season 3, is hoping that a small herd of hellions can come close.

“You’ll have several characters who are taking on that role,” showrunner Cynthia Cidre tells TVLine of the plan for Season 3 (premiering Monday at 9/8c). Among them, the late J.R.’s own son, John Ross (played by Josh Henderson), who over the first two seasons has made his fair share of mayhem. “He’s not exactly J.R., because we’re trying to draw him as a more layered version,” Cidre says.

Add in John Ross’ new partner in mischief-making (Emma Ryland, played by Emma Bell) and her wicked grandmother Judith (Judith Light), throw in a woman scorned (Jordana Brewster’s Elena) and a handsome stranger, and you have a strong, new foundation for villainy. “We have embraced bad this season more so than I think in Season 1 or 2,” Cidre offers. “And we are really, really are enjoying that!”

As Season 3 opens – 12 hours after where the finale left off, where Bum revealed his role in J.R.’s death/framing Cliff Barnes for the deed – John Ross is out to give Ewing Global a jolt, and he’ll do so bearing one last gift from his dearly departed daddy. (Teases Cidre, “J.R. left more than ‘the masterpiece’ for John Ross. There is something else that Bum gives him.”)

RELATED | How Dallas Planned a Fitting Funeral — After Using a Bit of Magic to Extend J.R.’s Life

Amidst all the double-crossing and boardroom brawling, Season 3 will make time for an old-fashioned Ewing barbecue as well as a wedding, and thus appearances by some familiar faces — including Pamela’s mother Afton (to be played again by the original CBS series’ Audrey Landers).

The new season, split as it is into an eight-episode springtime run followed by a stretch of seven summer episodes, affords Cidre and the writers the opportunity to double up on table-setting premieres and cliffhanger finales. As she puts it, “You’ve got an eight-hour miniseries with a season opener and season-ender. And then you start again, and then you end it again.”

For much more Dallas Season 3 preview, click through the slideshow below. 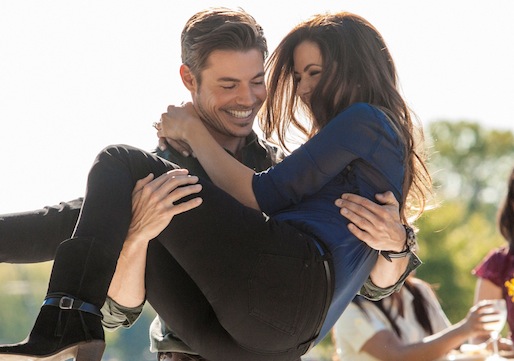