Proud, because she had nabbed a small part on HBO’s The Mind of the Married Man while she was still in college. And loud, because… well, we’ll let her tell it.

“I had, I think, all of three lines, and the director came over. He’s like, ‘Claire, you don’t have to talk so loud. We have a mic right there,'” she says, laughing. “I had come from stage and theater – I thought I had to talk loud!”

More than 20 TV roles later, the Grimm regular was happy to reminisce with TVLine — at a normal volume — about the non-Hexenbiest parts she’s played, including a Civil War Psycho and a General Hospital angel of medical mercy. Click through the gallery below for Coffee’s visual, annotated resume.

If you like TVLine, you'll LOVE our email news alerts! Click here to subscribe.
Memories From the Set: Grimm's Claire Coffee Recalls Gigs on West Wing, Psych, NCIS and More 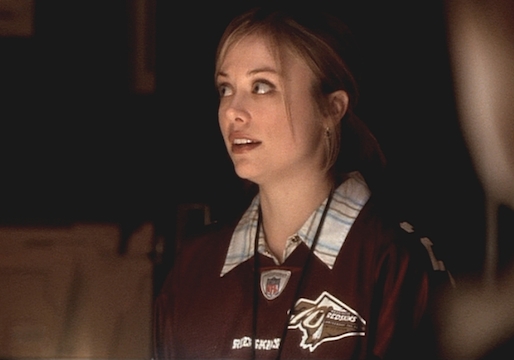