Not to be left out of the Wizard of Oz craze, Supernatural offers up its own take on Dorothy in the Oct. 29 episode (The CW, 9/8c), and we’ve got your first look at where she’s been hiding (hint: it’s close to the Winchesters’ beds). Plus: Check out homeless Castiel facing off with love interest Shannon Lucio.

While enlisting the computer help of Felicia Day’s über hacker Charlie, Sam and Dean accidentally let loose Dorothy (guest star Tiio Horn, Hemlock Grove) from the Men of Letters wall, where she trapped herself and the wicked witch (Maya Massar, Caprica). One upside of the two running amok and threatening to destroy the Winchesters’ home: You can glimpse new corners of the Men of Letters bunker below, including the garage!

It’s a room that star Jensen Ackles has “been begging for… ever since we introduced the Men of Letters because it’s like, ‘Come on, really? We’re just leaving the Impala parked out on the street, covering it up with some bushes and stuff?'” he shared during TVLine’s set visit earlier this month. “Baby’s finally got some place to sleep.” 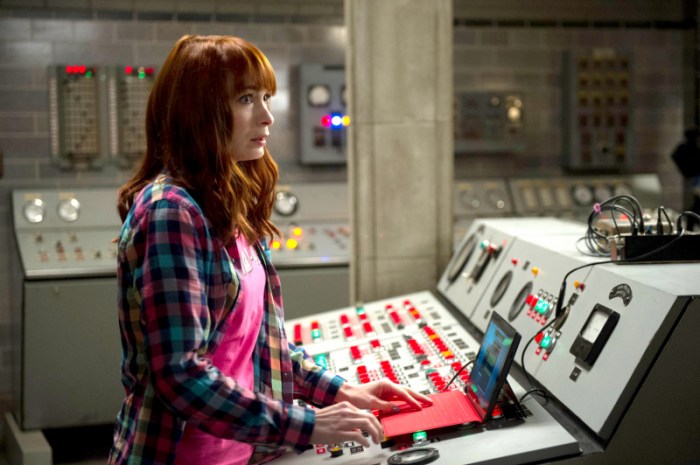