ABC’s Dancing With the Stars Has unveiled its Season 17 cast, and the new crop of celeb hoofers includes cancer fighter Valerie Harper, a Glee star, two Saved By the Bell alumni and (of course) a lumbering NFL vet.

The full cast is on display in the slideshow below, with the pro partners. Of note, Harper, 74, was diagnosed with terminal brain cancer in January, and given three to six months to live. Amid new reports that she is close to remission, Harper said on Good Morning America, “I’m moving in the right direction. So as my husband said, ‘Let’s just buy time, Val.'” And yes, Christina Milian‘s participation double-confirms that which she announced two weeks ago, that her stint as The Voice‘s “social media” somethingoranother has ended.

RELATED | Dancing With the Stars: 12 Unexpected Twists to Reignite the Ratings

DWTS will put its best feet forward Monday, Sept. 16 — now airing just one day a week, coming off a stretch of ratings stumbles (including its lowest-rated finale ever). How will it work, rid of a results show? Each week, viewers will vote for their fave performance. A pair will be cut at the end of each Monday episode by combining the judges’ scores for the night with your votes from the previous week. Capiche? 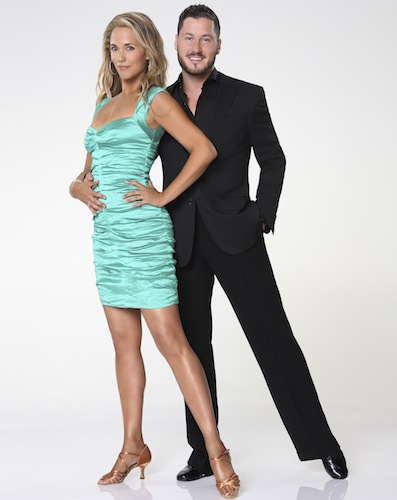