With nearly $4 million in the Kickstarter coffers, the Veronica Mars movie is not only happening, it’s happening on a grander scale than anyone — most notably series creator and film campaign architect Rob Thomas — could’ve imagined.

With an official green light from Warner Bros. in the can, now comes the hard part for Thomas: making a movie fans old and new will want to see.

“If we turn in a lousy movie, that would be a sad ending to the story,” observes Thomas with a laugh.

That seems unlikely, considering Thomas’ script will find Veronica and her former classmates descending on Neptune for their 10-year high school reunion. “Fans want to see those all those characters back together again,” he says. “And the reunion set piece allows me to do that.”

At this point, only Kristen Bell is signed on for the pic, but Warner Bros. will soon start making deals with the rest of the core cast.

But who won’t be invited back? And will Veronica be spoken for when she resurfaces? Also, what will the film be rated? For answers to all of those questions — and then some — flip through the following spoilertastic gallery. 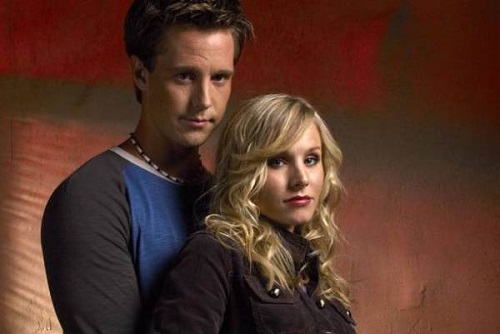