Mark your calendars — The Paley Center for Media in Beverly Hills, Calif. has confirmed the star-studded line-up for PaleyFest 2013 aka 15 TV-show discussion panels including Once Upon a Time, Revolution, Parenthood, Community and American Horror Story.

Flip through the current RSVP list below, and feel free to submit potential questions for your favorite stars in Comments.

If you’re in the LA area (or planning to travel), tickets are available here. For those of you who aren’t so fortunate? Stay tuned to TVLine.com and our Twitter feed for an abundance of up-to-the-minute coverage during next month’s festival.

UPDATE: Emilie De Ravin has been added to the Once panel.

LIVESTREAM UPDATE: Thirteen of this year’s panels — Revolution, Once Upon a Time, The Newsroom, Community, The New Normal, Parenthood, The Mindy Project, Nashville, Arrow, Dallas, New Girl, 2 Broke Girls and American Horror Story: Asylum — will be viewable via LiveStream, starting about a half hour in (e.g. 7:30 pm PST for Revolution). The panels for Walking Dead and Big Bang Theory, meanwhile, are being streamed to select movie theaters nationwide.

If you like TVLine, you'll LOVE our email news alerts! Click here to subscribe.
PaleyFest 2013: See Which Stars Have RSVP'd for Once, Parenthood, New Girl and 12 Other Panels 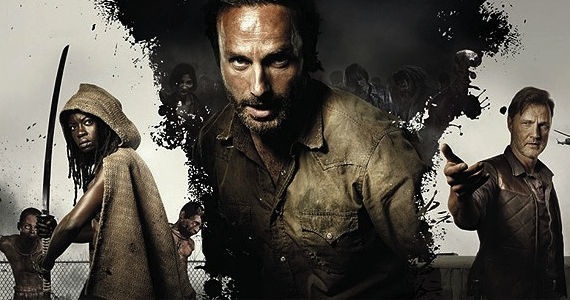