If there’s one thing we’ve learned from Revenge, it’s that you can’t keep a determined bad girl down. As such, the exiled Ashley is back at it in the Jan. 20 episode (ABC, 9/8c), but it’s the company she’s keeping in the following sneak peek that provides the biggest surprise.

Despite having gotten the boot because of her Grayson-related misdoings, the former assistant-turned-PR-gal-turned-Daniel’s-rebound is back in the same room as Victoria. She’s also by Conrad’s side as Jack and Amanda learn that their future rests in the unlikely hands of the rich patriarch.

Meanwhile, Emily supports Daniel as he takes on business rival Jason Prosser (guest star Dylan Walsh). And Aiden’s got a mighty big gun trained on somebody. No worries.

PHOTOS | Revenge Hot Shots: Emily Cozies Up to Aiden and Daniel – and What’s Going On at The Stowaway? 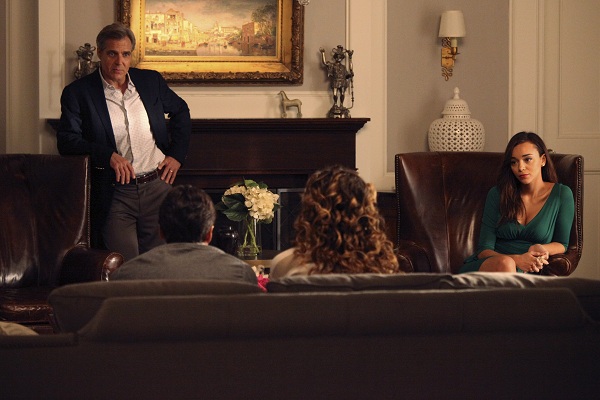