The DC Comics character known as The Huntress is on her way to Arrow‘s Starling City, and based on this bevy of photos, she and Oliver make a not-unattractive pair.

In keeping with one of the character’s DC iterations, The Huntress (played here by Jessica De Gouw) is the alter ego of Helena Bertinelli, daughter of mob boss Frank Bertinelli (24‘s Jeffrey Nordling). Oliver finds in Helena someone he can finally be himself with, yet soon comes to realize she’s hiding deadly secrets of her own — namely, her own personal mission of vengeance. De Gouw will appear in at least two episodes. 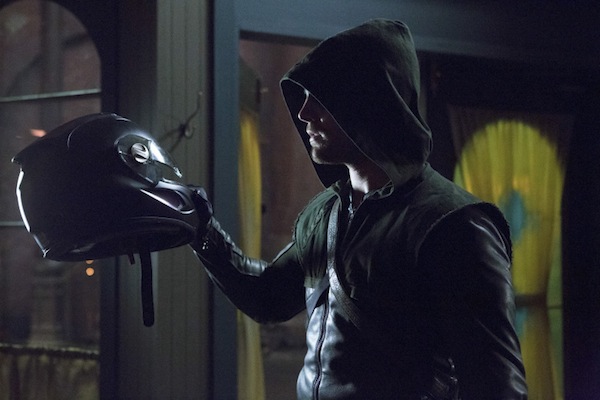