Parks and Recreation‘s Leslie Knope will soon come face-to-face with the one man on her Celebrity Sex List, Vice President Joe Biden. And when she does, don’t expect Pawnee’s fearless city council member to play it cool. Because she won’t.

Donning an infectious smile, Amy Poehler’s leading lady is positively glowing opposite the Veep in these first look shots. And, if we aren’t mistaken, Mr. Biden seems just as smitten in return. As previously reported, the happy introduction (airing next Thursday, 9:30/8:30c) comes about when Adam Scott’s Ben uses his D.C. connections to take his fiancée to the White House.

Flip through the photos below — one of which is a behind-the-scenes glimpse at showrunner Mike Schur and other Parks stars meeting Biden — and then hit the comments! 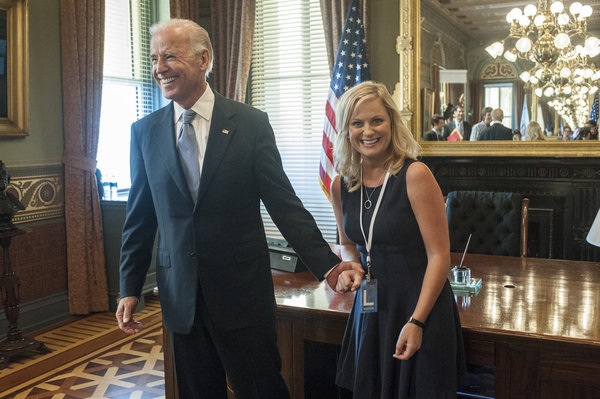