As if Alicia didn’t have enough to deal with in the Nov. 25 episode of CBS’ The Good Wife — wary as she is of a legendary attorney (Animal House‘s Bruce McGill) hijacking an important case — she will also receive a visit from her heretofore unseen mother Veronica, played by three-time Emmy winner Stockard Channing. And we’ve got some family album-ready photos of the grand dame’s drop-by.

What brings about this bit of holiday-season momsense? Veronica comes seeking moral and legal support from both Alicia and her brother Owen (returning guest star Dallas Roberts), but she will also have what is billed here as a “tense conversation” with son-in-law Peter’s mother Jackie. (You also get some pics of Jackie’s charming new caretaker Cristian, played by Yul Vazquez). 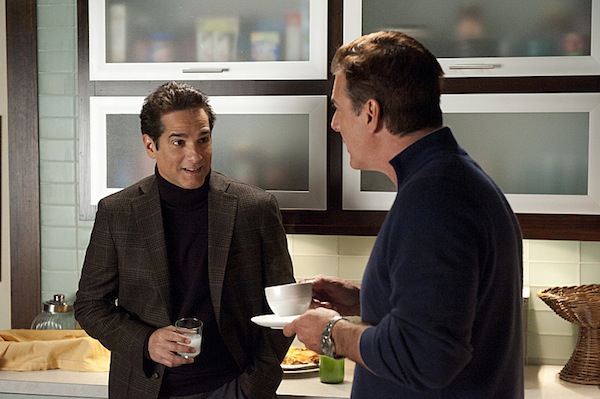