Good Wife fans concerned about Cary’s storyline — or lack thereof — this should please you: Viewers will be introduced to his dad (played by Gossip Girl’s John Shea) in the Nov. 11 episode (CBS, 9/8c), and we’ve got a sneak peek at the tense father-son reunion.

While on a business trip to Washington, D.C., with Alicia — they’re representing a comedienne (guest star Christina Ricci) being sued by a TV network for indecency — the Agos men meet up for a meal. We’re willing to bet it doesn’t go so well since, as we previously reported, pops is described as awkward and stiff. In fact, he’s the type who kicks his son out of the house at age 18, leaving him to fend for himself because that’s what his own father did to him. 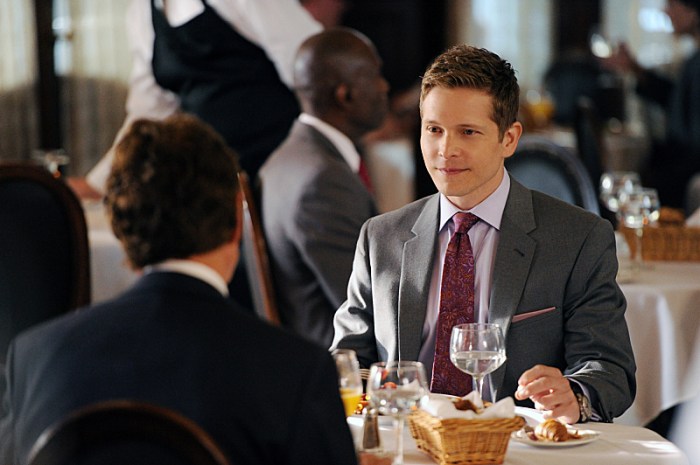