Amanda’s hospital room looks like the place to be in this Sunday’s Revenge (ABC, 9/8c), which finds several Hamptonites visiting the ailing new mom. First, the good news: It appears that Amanda and her baby survived last week’s tumble off the balcony just fine. And Kara seems thrilled to be reunited with her daughter… except Emily is forced to look on as her mom dotes on Fauxmanda instead of her!

Elsewhere in the episode, Roger Bart is back as Mason Treadwell and Kara embraces a gobsmacked Victoria, who looks like she’d do anything — include use the floral shears she’s so conveniently holding — to extricate herself from the hug.

Flip through the gallery below and then hit the comments: What are your predictions for the Sunday night soap’s next installment? 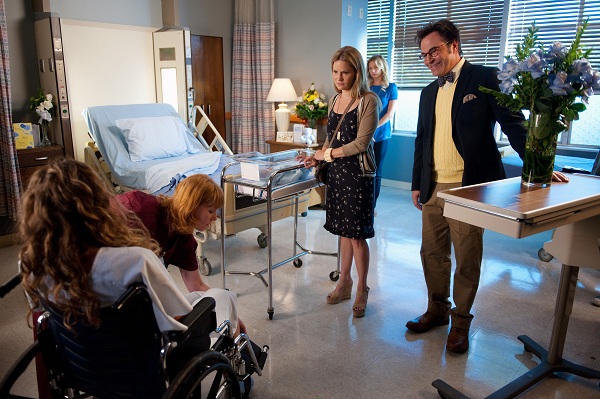