He’s so unhappy, he penned a letter asking the campaign to cease making references to “Clear Eyes, Full Hearts, Can’t Lose,” which pops up in Romney’s stump speech and on his Facebook page.

Recent history has seen several instances of musicians taking umbrage at a campaign’s unauthorized use of their songs. (Bruce Springsteen vs. Ronald Reagan’s love for “Born in the U.S.A.” is perhaps the best known.) But we’re pretty sure this is the first time a TV show catchphrase joined the mix.

In Berg’s letter, obtained by The Hollywood Reporter, he writes that he was “not thrilled” when he learned the campaign had “plagiarized” the phrase he created. “Your politics and campaign are clearly not aligned with the themes we portrayed in our series.” The only parallel between FNL and Romney’s platform, Berg adds, “is in the character of Buddy Garrity – who turned his back on American car manufacturers selling imported cars from Japan.”

Berg finishes by thanking Romney for his support but reiterating that there is no link between the show and Romney/Ryan ’12. “Please come up with your own campaign slogan,” he writes.

So now that Romney might have to give up “Clear Eyes,” we’ve taken it upon ourselves to generate a few TV-based replacements – including some that he could use in Tuesday’s debate.

Click through the gallery below and then hit the comments with your thoughts, including any suggestions of your own! 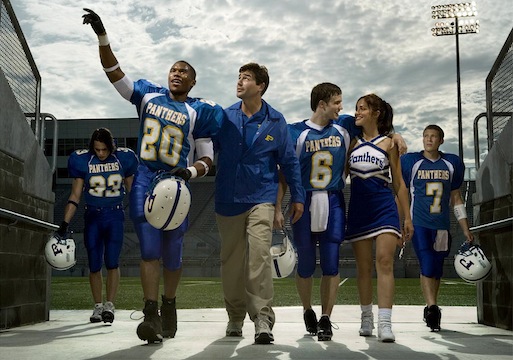